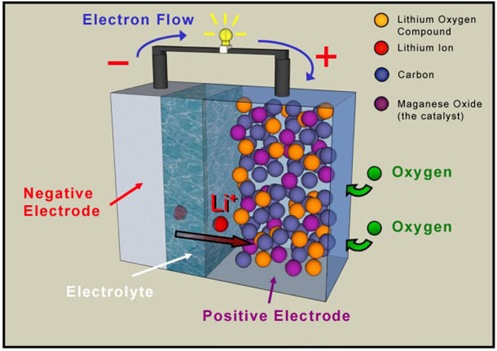 Environ Energy Corporation (formerly Bhaskar Solar) has tied up with a Canadian company called Electrovaya for providing lithium-ion-based batteries for use in solar-powered telecom towers.

Environ Energy’s Managing Director Jyoti Poddar told Business Line today that the company has orders for energising 3,000 telecom towers with solar power over the next one year, and 15,000 towers over the next three years. At present, the company uses the ‘deep cycle tubular batteries’ for storage of power (storage is necessary because telecom towers need to be up all the time, even, for instance, when a cloud passes overhead.)

Environ Energy, which has received private equity funding from the SREI group, has so far solar-powered 500 telecom towers and is now in a ramp-up mode. The company operates on the ‘resco model’, (or, renewable energy service company, which sells energy rather than equipment.) This means, Environ Energy will provide (and own) the equipment used for energising telecom towers — the telecom operator will pay the company on the basis of energy supplied.

“We look at this as a $2-billion opportunity, over the next three-five years,” Poddar said.

Lithium ion batteries are the more storage-efficient solutions that are becoming popular today, particularly, in electric vehicles. Incidentally, Electrovaya has also tied-up with the Hero group for providing these batteries for Hero’s electric bikes.

Poddar said the company would initially buy lithium ion batteries from Electrovaya, but as volumes pick up, would look at local manufacture.

Electrovaya Inc. designs, develops and manufactures proprietary Lithium Ion batteries, battery systems, and battery-related products for clean electric transportation, utility scale energy storage and smart grid power, consumer and healthcare markets. The company’s mission is to accelerate clean transportation as a commercial reality with its advanced power system for all classes of zero-emission electric vehicles and plug-in hybrid electric vehicles. The company’s other mission is to deliver utility scale energy storage systems for the highest efficiency in electricity storage, whether the electricity is generated from intermittent wind and solar power or from other sources. Founded in 1996 and headquartered in Ontario, Canada, Electrovaya has production facilities in Canada, the US and Europe with customers around the globe.

Although the government of India has been talking of replacing diesel gensets (which used subsidised diesel) with solar-based solutions for powering telecom towers, the progress has not been on a scale that is consistent with the need. That has been for a number of reasons, but one perspective that Business Line has been given is that it was mainly because the Resco’s had not emerged. For a telecom operator, diesel is still cheaper on a per kWhr basis than solar. But it makes sense for a Resco because the company can sell surplus power to, say, a nearby town.

Now, with the Resco system maturing and with more efficient storage solutions and interest, diesel replacement with solar for telecom towers is set to happen on a faster clip.

Today, in India, there are over 300,000 tower sites of which over 30,000 are in off-grid areas, most of them powered by diesel. The total annual consumption of diesel fuel by these towers is 2 billion litres, as a result of which 5 megatonnes of CO2 is produced annually. TRAI has recently made it mandatory for telecom companies to use renewable sources of energy for powering their towers. At least 50 per cent of towers and 20 per cent of the urban towers are to be powered by hybrid energy sources (renewable and grid) by 2015. In the second phase, the telecom companies will be required to convert 75 per cent of the rural towers and 33 per cent of the urban towers to run on hybrid power.

The Ministry of New and Renewable Energy is supporting off-grid solar telecom applications by providing capital subsidy of 30 per cent to a maximum subsidy of Rs 90 per watt peak. Alternatively, soft loans at 5 per cent interest rate subsidised by the India Renewable Energy Development Agency (IREDA) are being offered for such projects.

Solar-powering telecom towers will also be one of the thrust areas in the upcoming Phase II of the National Solar Mission according to Tarun Kapoor Joint Secretary MNRE.