With appropriate policies wind energy can be brought to the mainstream to supplement conventional power, according to G.M. Pillai, Director-General, World Institute of Sustainable Energy (WISE).

Addressing media persons at a curtain raiser on Wind Power India 2012, a three-day exhibition and seminar to start on November 28, he said over the last couple of years assessments of wind energy potential in India have averaged over three lakh MW against the prevailing 45,000 MW.

The World Institute’s study in Tamil Nadu indicated that just on wasteland alone over 35,000 MW of wind power generation could be established against 6,000 MW in place.

In renewable energy sector, wind energy is commercially viable and can support the Central Government’s target of setting up 60,000 MW of renewable energy capacity by 2020 to get 15 per cent of the total electricity generation from clean technologies. Measures such as generation-based incentives for utility scale projects and accelerated depreciation for smaller capacities are needed, he said.

V. Subramanian, former secretary, Ministry of New and Renewable Energy, and conference chairman, said wind energy capacity of about 18,000 MW in India now contributes just 3 per cent of total electricity generation capacity against the targeted 15 per cent. This represents a huge opportunity. 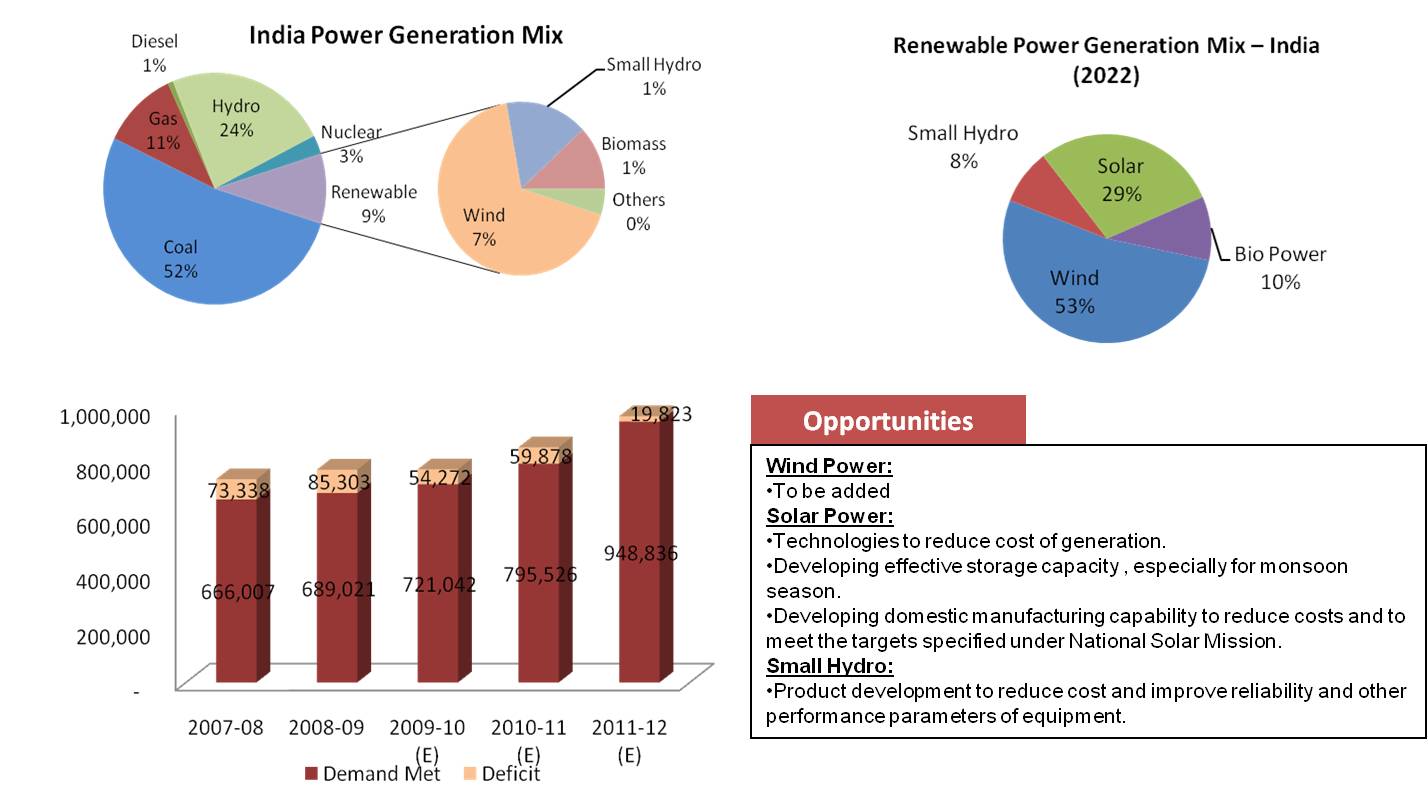 Sarah Bryce, Marketing Director, Global Wind Energy Council, said India is among the top wind energy markets and non-OECD countries such as India and Brazil are expected to drive the market.

The economic situation in Europe and policy environment in the US has contributed to a slow down. Indian manufacturers can tap the growing opportunity.

The conference, an annual event to showcase wind energy, is being organised by WISE, Turbine Manufacturers Association and the GWEC.

It will highlight critical issues in renewable energy and the overall power scenario.