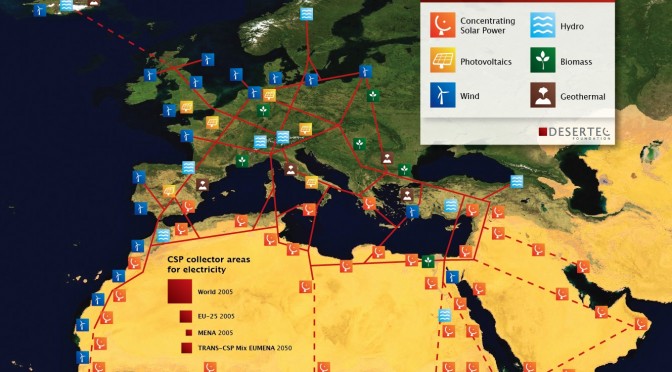 There is vast solar energy potential in the MENA region with 35 of the most successful projects underway being concentrated solar power plants.

By 2050, these solar farms could supply up to 15 percent of Europe’s electricity needs and a substantial portion of the power needs of the producer countries with carbon-free power.

The United Arab Emirates have been the unchallenged leaders in the Middle East in creating large scale renewable energy projects. But a new set of players is emerging in the region that is drawing the interest of large private investors.

Countries in the Middle Eastern and North African (MENA) region (Algeria, Egypt, Morocco, Tunisia, Jordan and Libya) have been developing major renewable energy projects with the help of EU investors and organizations such the Desertec Foundation.

At a recent MENA Renewable Energy Conference in Dubai organized by MEED, a large Middle Eastern media company and sponsored by the Emirates Solar Industry Association and the Saudi Arabia Industry Association, key stakeholders and energy experts in the region met to share information and to spur new investment.

But to meet the UN target of doubling the share of renewables in the global energy mix by 2030, MENA region countries clearly will play a key role. But many of the larger scale renewable energy projects being planned will need a great deal more investment support in order to be realized.

So far, that support has not materialized from the traditional multilateral investment sources. The European Investment Bank (EIB) earlier this year signaled it was ‘keen to fund MENA region projects.’

However, to date the institution is reviewing only one small project in Lebanon for funding, and even if approved the EIB loan will be used to finance individual energy efficiency projects by Lebanese companies and will have little global impact. 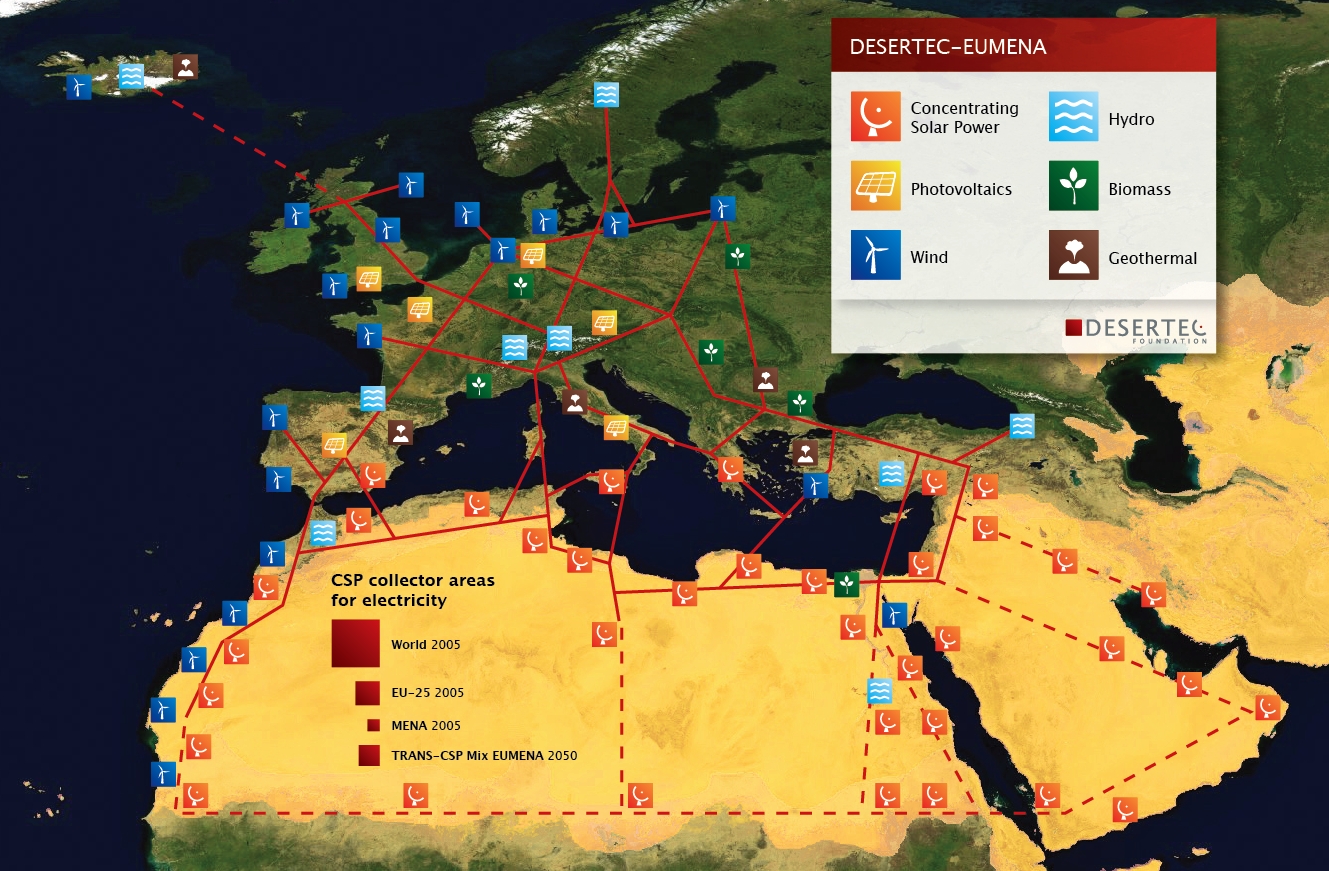 A number of Middle East renewable energy projects involving European Union interests are being carried out through the Desertec Foundation, a group of private investors consisting of 15 European companies who have signed a 400 billion euro (560 billion dollar) initiative to build huge solar thermal power plants in Northern Africa and the Middle East.

Munich Re, Deutsche Bank and Siemens are among the corporate giants that form the Desertec consortium.

They are among the growing number of privately funded concentrated solar power (CSP) projects which are being undertaken at massive plants that convert sunlight into heat, which in turn drive steam turbines that generate electricity.

Morocco has been leading the renewable energy race since its first 9 billion dollar project, which eventually could supply almost half of the country’s energy needs. Half of the region’s largest CSP projects are being built in Morocco, with the balance underway in Jordan, Tunisia and Egypt.

Morocco, as one of the more politically stable countries in the region, has been making progress in attracting investors, and in building government to government relations.

The Desertec Foundation interest in the MENA projects has convinced other European institutions such as the German Ministry for the Environment and the Schleswig-Holstein Investment bank to cooperate with emerging businesses in the region.

In July, the German Minister of Economics and Technology, Philipp Roesler, and the Moroccan Minister for Energy, Mines and Water and the Environment, Fouad Douiri, initiated a bilateral energy partnership agreement focused on renewables. The aim of the agreement is to create a political framework for further Desertec Projects in Morocco.

These additional investments will improve conditions for the rapid deployment of wind and solar energy in Morocco by capacity building in education and research, network studies, wind measurements and economic cooperation. With Germany and Morocco being leaders in the renewable energy sector of their respective regions, this partnership will benefit both countries.

With renewable energy in the Middle East projected to increase from 1 percent today to 16 percent by 2035, Germany’s investment is economically reasonable.

Most of the projects in the Middle East and North African region are still in the development stages, although several projects in Morocco, Algeria and Tunisia will be producing energy by 2014, Desertec reports.

As much as the MENA region has the potential to help the European Union to meet its renewable energy demands, this energy is also crucial for the MENA region’s own economic well being.

The energy needs of the Middle East will quadruple by 2050 and the region’s population will also grow considerably by around 1.5 percent per year while that of the EU is increasing by an estimate of only 0.2 percent. This, according to the International Energy Agency, is one of the crucial factors driving up the electricity demand by such a large amount.

These expected developments show the urgency of the need for a more sustainable energy supply as well as the need for economic and political stability.

As oil fired energy generation declines from 36 to 13 percent, the renewable energy sector will attract more investors, especially in the less oil-producing countries such as Morocco or Tunisia.

Compared to the well established energy assets in the more oil-heavy Middle Eastern states such as Saudi Arabia or the United Arab Emirates, the developments in the Northern African region are only at a starting point.

Yet, with giant companies being involved in the development of renewable energy projects, the MENA region could become a major energy supplier to meet not only its own needs, but also those of the European Union as well.

This mutual dependency serves as a basis for solid future cooperation.