Morocco’s driving to become the world’s leading solar power state with a pilot project in the Sahara Desert.

Morocco is driving to become the world’s leading solar power state, with a 7,400-acre pilot project in the Sahara Desert it hopes will lead to vast carbon-free solar energy plants that could supply much of Europe’s electricity needs.

The North African kingdom’s plan is for a $9 billion solar energy plan to produce 2,000 megawatts of power by 2020, 38 percent of its current electricity generation.

Mustapha Bakkoury, chairman of Morocco’s Solar Energy Agency, says the first stage a 500MW solar complex at the southern frontier town of Ouarzazate should be completed by 2015. This is envisioned as the precursor of a vast grid of solar, wind and hybrid power stretching along North Africa’s Mediterranean coast, supplying abundant energy for the region’s power grid.

It would also provide a major power source for energy-hungry Europe that is struggling to lessen its dependence on natural gas piped from Russia and Middle Eastern oil.

In September, the project took another step forward when a consortium led by the Saudi International Company for Water and Power was awarded a $1 billion contract to build a 160MW concentrated solar power plant at Ouarzazate.

That’s the first phase of the Ouarzazate project. Work on the plant is to start before the end of the year and should be operational by the end of 2014.

Eventually, the Ouarzazate project will have five power stations, two of them in the Western Sahara, a mineral-rich zone disputed by Morocco and Algeria.

This will be the initial phase of a project launched in 2009 by the Desertec Industrial Initiative, a German-led consortium that plans is to use vast arrays of solar panels across the Sahara to harness the rays of the sun, which shines there virtually all year round.

This will produce steam to drive turbines that will generate electricity for the region through an envisioned supergrid that would supply 15-20 percent of Europe’s requirements.

Because North Africa’s sunlight is much more intense than that in Europe, solar photovoltaic panels used by the Desertec project could generate up to three times the electricity that similar projects in northern Europe produce.

Experts at the European Commission’s Institute for Energy say it requires only 0.3 percent of the sunlight falling on the Sahara and other Middle Eastern deserts to provide all of Europe’s energy needs.

This ambitious project has long been derided by critics as not feasible because of regional rivalries in the Maghreb, the Arab word for North Africa, and the technological hurdles that must be overcome. 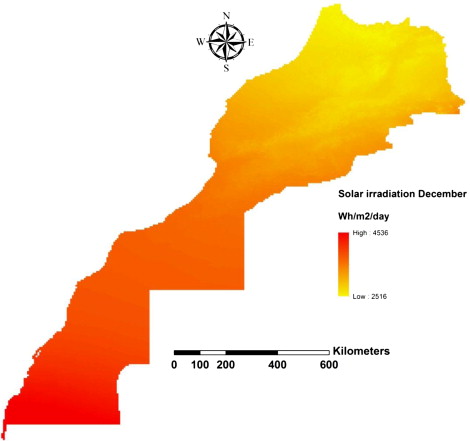 But the political upheavals across the Arab world since January 2011, in which longtime dictatorships in Egypt, Tunisia and Libya have been toppled in pro-democracy uprisings, has raised expectations of a unified approach to developing a regional renewable carbon-free energy industry.

The plans for solar plants in the Western Sahara could be the test of those expectations of a new era of economic cooperation by the Maghreb states.

“With new governments in place in Egypt, Tunisia and Libya, long-delayed partnerships in the region seemed suddenly possible.

“Proposed trading blocs that had sat in limbo for decades were brought up for discussion again.

“In late January, Algeria even welcomed their first official visitor from Rabat since 2003 with the arrival of Morocco’s foreign minister.”

“By developing green energy, we’re creating solutions for Europe — not just economic but social solutions for the future,” said Said Mouline, director of Morocco’s Agency for the Development of Renewable Energy.

DII Chief Executive Officer Paul van Son has described Desertec as a “win-win” deal for both Europe and the Middle East.

Discussions are under way with Tunisia on building a solar farm there and the new Tunis government says it’s ready to invest $2.5 billion over four years in the domestic energy sector, with preference going to clean energy.

Algeria’s the next “obvious” country because of its proximity to Europe, DII officials say.

Eventually, Libya, Egypt, Syria and faraway Saudi Arabia would join the Desertec power grid through a network of high-voltage lines that will be built across the Middle East from the Atlantic Ocean to the Indian Ocean.