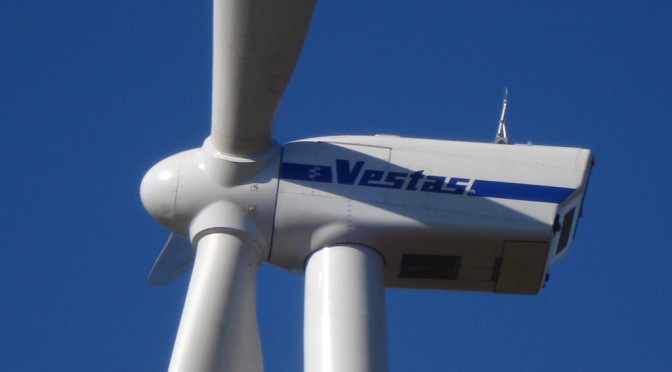 Vestas has received an order from Ostwind, for delivery of 12 units of the V90-3MWwind  turbine for the Atrebatie wind power project in France.

The order includes supply, installation and commissioning of the turbines, a VestasOnline® Business SCADA solution, as well as a ten-year service and maintenance agreement (AOM 4000), with an option of 15 years’ extension.

Construction of the wind project is scheduled to start in Q4 2012 and the three wind power plants are expected to be operational in Q3 2013.

The order has been placed by Ostwind International, the French company of the Ostwind Group, a Vestas long-standing customer. With 640 MW of installed capacity in several European countries such as France, Germany and the Czech Republic, Ostwind is one of the major developers of wind projects in Europe and has been active for more than ten years on the French market, going from being a pioneer in the renewable energy sector to an international player, thus fostering the development of wind energy across Europe.

“We are very pleased to confirm our business relationship with Vestas and to continue our long-term partnership for the development of wind energy in the French market,” says Fabien Kayser, President of Ostwind International.

Nicolas Wolff, General Manager of Vestas France, affirms: “We are very proud of signing this contract with Ostwind. Our collaboration shows that Vestas’ valuable offer can provide a solid business case scenario despite the actual uncertainties on feed-in tariff and legislative framework in the country.”

“The Atrebatie project also confirms the reliability of the V90-3.0 MW turbine. With 2,647 units delivered all over the globe, the V90-3.0 MW proves to be a best-seller turbine, optimising energy production and driving down the overall cost of energy for IECI and IECII sites,” comments Juan Araluce, acting President, Vestas Mediterranean and Chief Sales Officer, Vestas Wind Systems A/S.

Today, Vestas has delivered wind power plant to more than 70 countries, providing jobs for approximately 20,000 passionate people at our service and project sites, research facilities, factories and offices all over the world. With 65 per cent more megawatts installed than our closest competitor and more than 51 GW of cumulative installed capacity worldwide, Vestas is the world leader in wind energy. Vestas’ projects have covered every kind of site, from high altitude to extreme weather conditions, onshore and offshore. Since 2005 alone, this full-scope expertise has enabled Vestas to build more than 250 turnkey projects in 20 countries worldwide.

As of 30 June 2012, Vestas has delivered to the French market a total capacity of more than 1,390 MW, including 200 MW to the Région Centre. Vestas has commercial offices in Paris and Montpellier and a network of seven service and maintenance centres around the country to ensure the highest availability and production of our wind power plants. Today, Vestas employs more than 200 employees in France.