The innovative system provides stable production of renewable energy and facilitates its integration into the grid.

The ILIS project involves a 1.1 MW battery and a smart control system to improve the regulation of the solar plant.

ACCIONA has materialized the first European experience of real operation of a grid-connected photovoltaic plant on an industrial scale with energy storage in batteries. The project, a pioneering one in a line of research currently being developed worldwide, sets out to improve the integration of photovoltaic energy into the grid and bring about greater penetration of this technology in the electric power system.

The ILIS project (the acronym corresponds to Innovative lithium-ion system management design for MW solar plants) incorporates batteries that smooth out the power fluctuations that commonly occur in the production of photovoltaic power, storing or complementing the energy produced in the solar field. It is also possible to attend regulation instructions from the network operator, which facilitates the management of the grid.

The new installation, which is already satisfactorily grid connected in the ACCIONA’s photovoltaic plant in Tudela (Navarre, northern Spain), includes a system of latest-generation lithium-ion batteries with a capacity of 1.1 MW and 560 kWh of power, supplied by the company SAFT.

ACCIONA has developed strategies to manage the photovoltaic plant with the most efficient power storage, both in the use of the batteries to modulate the delivery of power around the plant and in the provision of ancillary services to the grid.

The plant control system takes into account production forecasts for the facility, market prices, system operator instructions and the state of the grid at any given time in order to select the right operating strategy. It monitors the operation of the entire plant and also sends real-time information to the network operator.

The control system for the plant is connected to ACCIONA’s Renewable Energies Control Center (CECOER) located in Sarriguren (Navarra), from where the company monitors the operation of all its installations worldwide.

These innovations mean that ACCIONA Energy can undertake photovoltaic plant projects that need to comply with advanced connection requirements, such as those currently being defined for plants in a number of countries.

The innovative approach of the ILIS project is not only ideal for the development of solar power in developed countries that have centralized electric power systems, but also in emerging countries with weak grids that are very sensitive to distortions. These problems can be overcome by the solutions contained in the project, thus extending the potential market for photovoltaic power.

The ILIS project comes under the ‘Eurogia+’ European framework program of support for clean energy technologies. The program began in April 2010 and will run until April 2013, with a total budget of 5.5 million euros. Finance has been provided by the Spanish Ministry of the Economy and Competitiveness, through the CDTI, and by the Government of Navarra.

Participating in the project together with ACCIONA are the French companies SAFT (battery technologies), DT2E (electronic systems) and Oxymontage, which has designed and produced the container for the batteries.

“The ILIS project is demonstrating the viability of incorporating the regulation capacity of large photovoltaic plants so that they can comply with new demands by network operators, thus enabling a stronger presence of photovoltaic power in the grid under conditions of stability and security”, says Miguel Arrarás, Photovoltaic Business Manager of ACCIONA Energía. 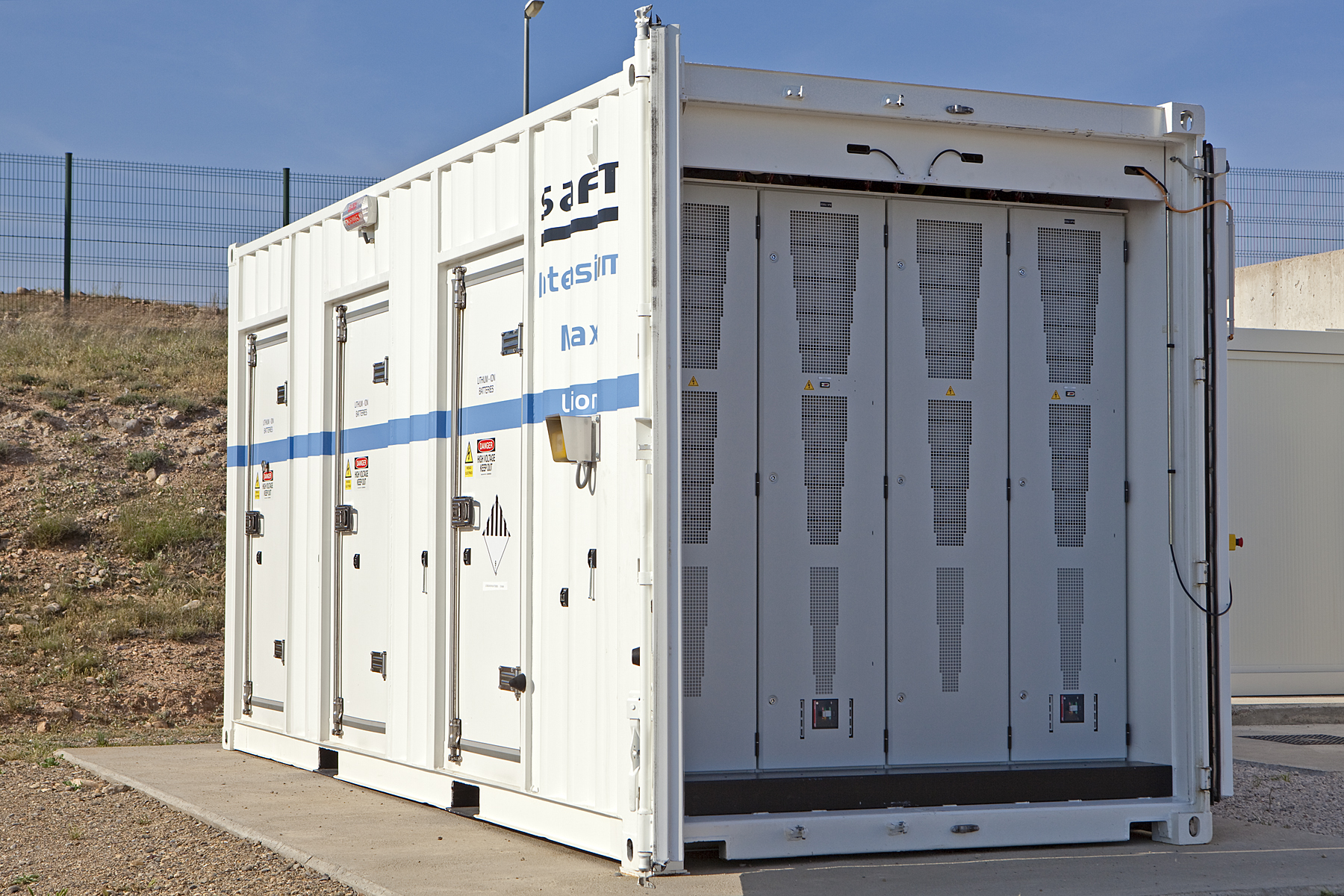 Through the ILIS project, ACCIONA aims to provide advanced technological solutions for the new challenges posed by the growing presence of photovoltaic power. In just six years, from 2006 to 2011, installed capacity in the world has multiplied ten times to reach 69,600 MW. It is expected to grow much more, regardless of one-off slowdowns in certain markets -Spain, for example- affected by the economic downturn. The International Energy Agency forecasts that a further 553,000 MW of photovoltaic capacity will be added in the world between 2011 and 2035, with an overall estimated investment of 1.245 billion dollars (2010 figure).

With this technology ACCIONA sets out to boost its expansion into other markets as the reference company in the construction and operation of large photovoltaic plants; it has already installed 115 MWp for itself and other customers. These operational facilities include the 46 MWp plant at Amareleja (Moura) in Portugal, one of the biggest in the world with solar tracking. 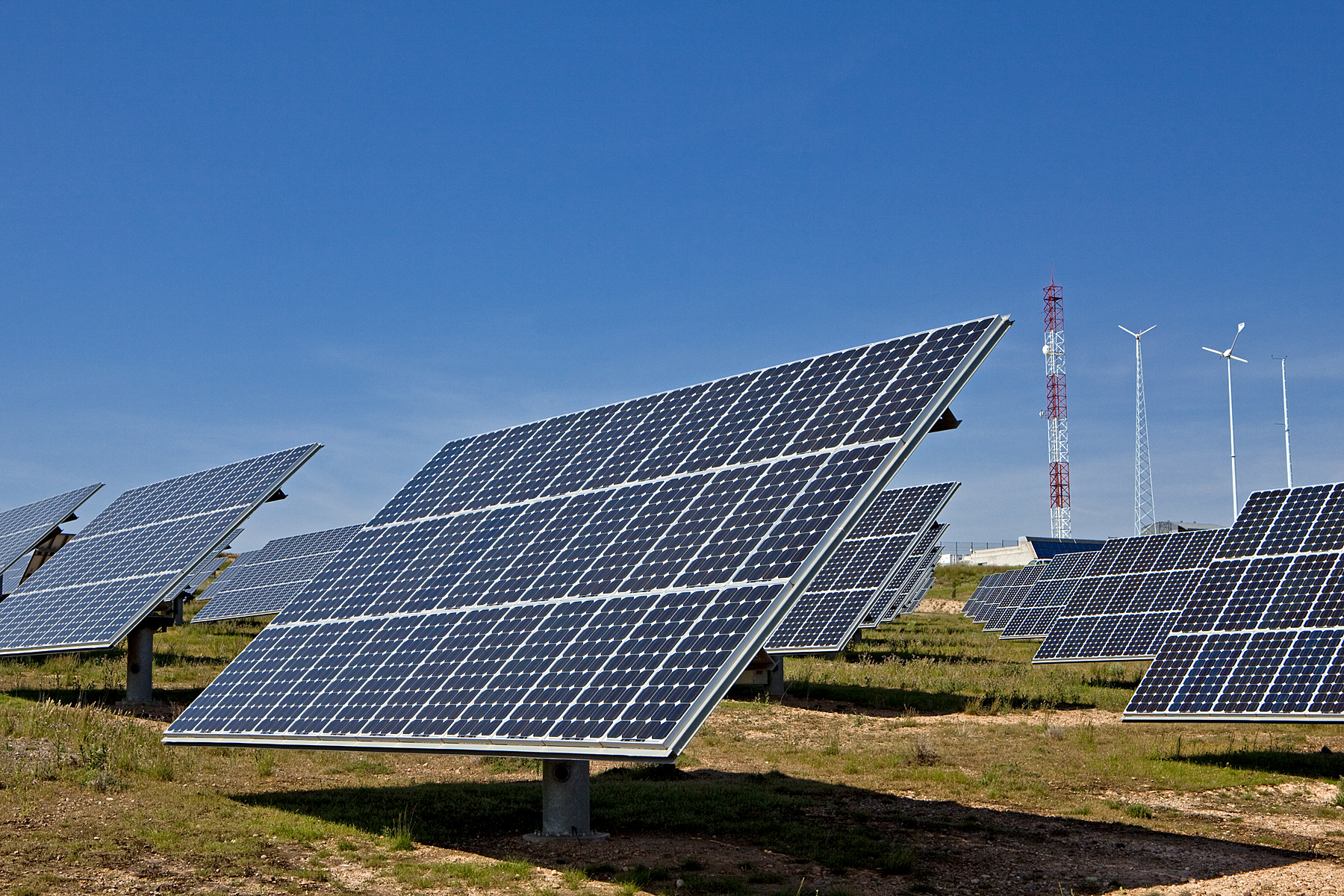 ACCIONA was recently awarded the construction and operation of a photovoltaic plant with a nominal capacity of 74 MW (94 MWp ) in South Africa, through a consortium in which the company has a majority share. The project will be materialized in 2013 and 2014.