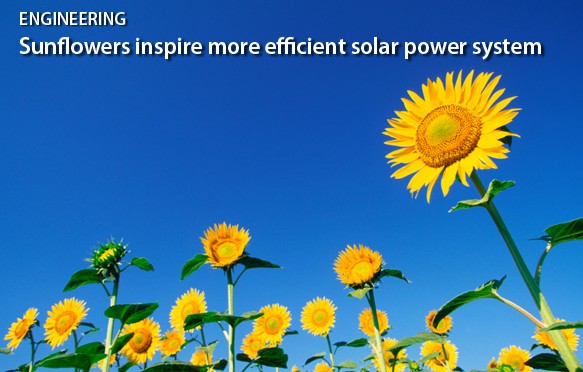 Renewable energies such as wind, sun and biogas are set to become increasingly important in generating electricity. If increasing numbers of wind turbines and photovoltaic systems feed electrical energy into the grid, it becomes denser – and more distributed.

Therefore, instead of a small number of large power plants, it links a larger number of small, decentralised power plants with the washing machines, computers and industrial machinery of consumers.

Such a dense power grid, however may not be as vulnerable to power outages as some experts fear. One might assume that it is much harder to synchronise the many generators and machines of consumers, that is, to align them into one shared grid frequency, just as a conductor guides the musicians of an orchestra into synchronous harmony.

In contrast, scientists at the Max Planck Institute for Dynamics and Self-Organization in Göttingen have now discovered in model simulations that consumers and decentralised generators may rather easily self-synchronise. Their results also indicate that a failure of an individual supply line in the decentralised grid less likely implies an outage in the network as a whole, and that care must be taken when adding new links: paradoxically, additional links can reduce the transmission capacity of the network as a whole.

Synchronisation, the coordinated dynamics of many units to the same timing is found throughout the natural world. Neurons in the brain often fire simultaneously, fireflies synchronise their blinking lights, and crickets chirp in shared rhythm.

A similar form of harmony is also necessary in electricity networks, in that all generators and all machines that consume electricity must be tuned to the grid frequency of 50 Hertz. The generators of large power plants are regulated in such a way that they stay in rhythm with the power grid. The grid, in turn, imposes its frequency on the washing machines, vacuum cleaners and fridges at the other end of the line, so that all elements remain in synchrony, avoiding short circuits and emergency shutdowns.

In the course of the energy turnaround, however, the structure of the power grid will change. Today’s large power plants that supply energy to the surrounding areas will be largely replaced by multiple photovoltaic panels on roofs, biogas systems on fields, and wind turbines on hills and offshore. Power lines will no longer form star-like networks and only transmit energy from large power plants to nearby consumers, but will look more like dense fishing nets linking many generators with the consumers.

Experts believe it will be very difficult to bring this multiplicity of small generators into synchronous harmony. In effect, it would be like conducting a huge orchestra with thousands of musicians, instead of a chamber orchestra. However, as the Network Dynamics Group, headed by Marc Timme at the Max Planck Institute for Dynamics and Self-Organisation in Göttingen has now discovered, synchronization in a decentralized power grid may actually be easier than previously thought, as a grid with many generators finds its own shared rhythm of alternating current.

In a decentralised grid, power plants and consumers synchronise themselves
The Göttingen-based scientists have simulated a dense network of small generators and consumers. Their computer model calculates the grid for an entire country (for practical reasons, they chose Great Britain) and takes into account the oscillations of all generators and electric motors that are connected to the grid. Combining this level of detail with this grid size is a new departure.

Previously, the dynamics of the oscillating 50 Hertz AC current was basically only simulated for small networks. Simulations for larger grids did exist, but they were generally used only to make predictions regarding the static properties of the network, such as how much electricity would be transmitted from A to B. They completely ignored the oscillations of the generators and electric motors.

“Our model is sufficiently complex and extensive to simulate collective effects in complex networks and, just as importantly, it is simple enough that we can understand these effects too”, says Dirk Witthaut, project leader within the research group.

The scientists simulated a very large number of networks, each with a different structure. The networks consisted of different mixes of large and small generators with lines of varying capacities, a little like country lanes and motorways for electrical current. This enabled them to identify differences between centralized and decentralized power grids.

The scientists in Göttingen examined additional aspects that are discussed in relation to the transition from a centralised grid to a decentralised one. What happens, for example, if a single transmission line is damaged or malfunctions? In existing grids, this can have a kind of domino effect, as seen in the 2006 power outage around Europe, caused by the shutting down of a single line in Northern Germany.

The simulations of the Göttingen-based team indicate that decentralized grids are much more robust when single lines are cut. This is because a dense grid always more often has neighbouring lines that can take on the extra load of a downed line. Unlike the case of large-meshed networks, they have few indispensable main links with the potential to cripple the whole grid.

Nonetheless, the expansion of renewable energy also holds challenges for the stability of the supply network. Another simulation showed the scientists that a highly decentralized grid is more vulnerable to strong fluctuations in consumption, as occurs, for example, when millions of people turn on their washing machines at the same time.

Large power plants can buffer these fluctuations in demand more easily than small ones, as their rotating generators store more kinetic energy. The grid can tap into these spinning reserves at short notice to cover supply gaps – an option which is not available in the case of solar cells.

Adding new lines can hinder power transmission
In a second study using the same mathematical model, Marc Timme and Dirk Witthaut revealed another effect that is known from road traffic and is counterintuitive. Building a new road and thereby increasing the capacity of the network does not necessarily improve traffic flow; on the contrary, even more congestion may occur with the same volume of traffic. This is the case when the new stretch of road provides a shortcut for many drivers, but has been poorly chosen in that it links bottlenecks which were previously avoided by most.

Witthaut and Timme have shown that this situation, known as Braess’s Paradox, can also be observed in power grids, specifically in decentralized networks. If such a dense network self-synchronizes, it might be assumed that synchronization would become easier with each new link; however, this is not always the case: the addition of a new line may actually disrupt self-synchronization.

In order to understand this paradox, it is helpful to consider two machines in a dense network. Additional machines are located along the line that connects them. The two machines are in synchrony as long as the phases of their oscillations – where phase describes the state of oscillation at a given time and place – remain in a fixed, mathematically defined relationship to one another.

This may be visualised as two pendulums. The phase of the pendulum describes its degree of deflection at a given point in time. If the pendulums swing at the same frequency, their oscillations will be in a fixed phase relationship to one another. This does not mean that the two pendulums are swinging exactly parallel to each other, i.e. that they always have the same degree of deflection; in fact, they may even shift out of phase with each other. However, the distance between the swinging pendulums is fixed for every point in time, and the points at which they have the same degrees of deflection recur at regular intervals.
How does the grid react to supply fluctuations?

If two machines in a power grid are to be synchronised, that is, if their fixed phase relationship is to be fulfilled, they must always reach minimum and maximum voltage at the same time. This means that they must not be out of phase, or only by a full wave train. Every line in the network now yields a fixed phase relationship, either directly or indirectly. If a new line is now built to link the two machines directly, their oscillations must conform to a new phase relationship; however, this may not be compatible with the old one. Because the latter is consistent with the other machines on the old line, there is a conflict between the shortcut and the old line, which has the potential to desynchronise the entire network.

“Care must therefore be taken when adding lines to a decentralised grid”, cautions Witthaut. Careful consideration should be given to which nodes can be linked without risk. However, Witthaut sees the results of the simulations as encouraging for the construction of decentralised networks. “Until now, concerns rather centred on the possible collective impact that a large number of small generators could have in a dense grid”, says the physicist. The fear was more frequent power outages. “But our work shows that the opposite is the case and that collective effects can be very useful.”

The Network Dynamics Group based in Göttingen currently starts collaborating with engineers and network operators to ensure that their findings can be put to practical use. Initial contacts have already been made, and, in the meantime, the scientists are improving the model. Their current focus is to integrate weather-related fluctuations in renewable energy sources into their simulations.