The president Obama he would continue to invest in wind power and solar energy if he wins a second term, because the threat of climate change was real.

President Obama, often shy of turning climate change into a marquee campaign issue, last night made a full-throated endorsement of climate action, calling out Governor Romney and the Republicans as disbelievers of reality, and jokesters about a real threat. He also explicitly linked this summer’s extreme weather to global warming.

“And yes,” he said to some of the longest applause of the night, “my plan will continue to reduce the carbon pollution that is heating our planet – because climate change is not a hoax. More droughts and floods and wildfires are not a joke. They’re a threat to our children’s future. And in this election, you can do something about it.” 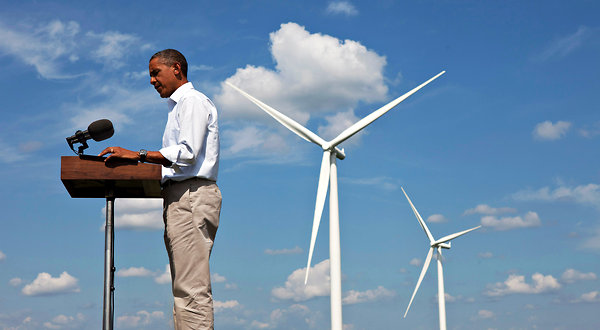 In a letter to lawmakers, the groups said the federal government should not prop up wind energy with a 2.2 cent per kilowatt-hour tax credit. 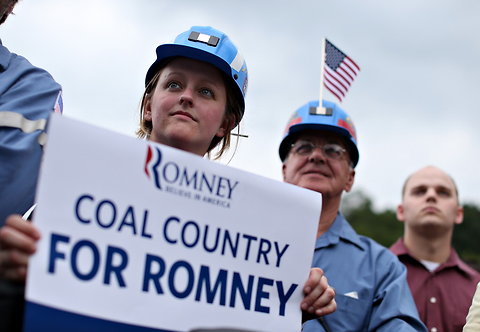 Romney’s preference for oil over solar and wind power is particularly striking in light of his party’s alarmism over inflation (which never seems to materialize when they say it will). After all, oil prices have been rising for thirty decades, while manufacturing prices have been falling.

In a clear reference to the BP oil spill in the Gulf of Mexico, President Obama said, “I will not let oil companies write this country’s energy plan, or endanger our coastlines, or collect another $4 billion in corporate welfare from our taxpayers.”

“We’re offering a better path – a future where we keep investing in wind and solar and clean coal; where farmers and scientists harness new biofuels to power our cars and trucks; where construction workers build homes and factories that waste less energy; where we develop a hundred year supply of natural gas that’s right beneath our feet. If you choose this path, we can cut our oil imports in half by 2020 and support more than 600,000 new jobs in natural gas alone.”
President Obama’s statements—and the applause in Charlotte last night—had a lot to do with Governor Romney’s remarks last week in Tampa. Romney openly mocked climate change in his speech to the Republican National Convention, allowing Democrats, including John Kerry, to chide and take higher ground.