The U.S. Fish and Wildlife Service is leading development of a Habitat Conservation Plan for the Midwest that will conserve endangered species, promote development of clean energy which in turn will reduce atmospheric carbon dioxide. Partners in the development of this plan are eight Midwestern states, the American Wind Energy Association, representing a consortium of wind energy companies, and The Conservation Fund. The Service is asking the public to help identify issues that are important to them as the plan is developed. The incidental take permit(s) will cover participating wind energy facilities in Illinois, Indiana, Iowa, Michigan, Minnesota, Missouri, Ohio and Wisconsin.

While it is well known that some species of bats are particularly vulnerable to striking turbines at wind energy facilities, the purpose of the plan is to develop conservation measures such as siting of turbines or facilities, minimizing adverse effects from construction and operations, and mitigation of adverse impacts through the development of a strategic mitigation strategy for the long-term conservation of species. The Endangered Species Act makes it illegal to “take” – harm, harass or kill — animals on the Endangered Species List; therefore a permit is needed if take is expected to happen. The proposed plan is required to obtain an incidental take permit(s) for participating wind energy facilities in the Midwest.

The specific lands that will be included in the plan have yet to be determined and could be all or portions of the eight states. Federally endangered species that could potentially be taken by wind energy facilities include the Indiana bat, gray bat, piping plover, interior least tern and Kirtland’s warbler. This plan can also include species that may become endangered or threatened in the future, such as the little brown bat, northern long-eared bat and eastern small-footed bat. The bald eagle, which is no longer endangered but remains protected, may also be covered by the plan. The final list of species to be included has yet to be determined.

This effort began in 2009 when the eight Midwestern states applied for and received a grant to develop the plan. In the grant application, the states envisioned that the plan would be developed as an umbrella plan and the Service would issue individual incidental take permits to applicants that agree to implement the measures outlined in the plan. There are additional permitting structures being considered, including a master permit holder approach.

The Service is requesting information and comment concerning the planning process, permitting approach, the interaction of wind facilities and species, scientific data that may help inform the plan or monitoring of impacts, and any other information that interested parties would like to offer. Comments may be e-mailed here. The deadline for receiving comments is October 1, 2012. 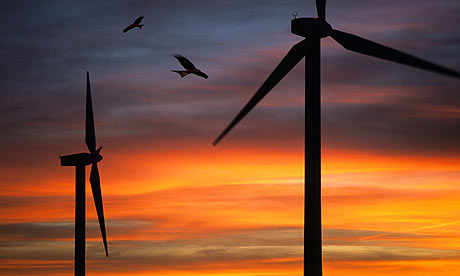 The mission of the U.S. Fish and Wildlife Service is working with others to conserve, protect and enhance fish, wildlife, plants and their habitats for the continuing benefit of the American people. We are both a leader and trusted partner in fish and wildlife conservation, known for our scientific excellence, stewardship of lands and natural resources, dedicated professionals and commitment to public service.