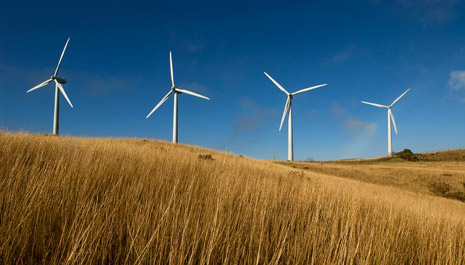 Oaxaca’s wind power industry development began in the 1990s but is only now approaching its real potential. By the end of 2012, wind-based installed capacity in the state will reach around 1.5 GW. With this latest loan, the IDB has approved more than $240 million in financing for wind farms in Oaxaca since 2009.

The Inter-American Development Bank (IDB) approved a loan of up to $76 million to Impulsora Nacional de Electricidad S. de R. L. de C.V., a subsidiary of Enel Green Power SpA, to support its investment in a 74-megawatt (MW) wind farm in the Isthmus of Tehuantepec, in the Mexican State of Oaxaca. The wind farm, known as Bii Nee Stipa II, is Enel Green Power’s first wind farm in Mexico.

The project supports growing efforts by Mexico to harness wind energy in the “La Ventosa” region of Oaxaca, one of the world’s best regions for wind resources, and to reduce its reliance on fossil fuels to generate electricity. Currently, 75 percent of Mexico’s 60-gigawatts (GW) of total installed electricity generation capacity are derived from fossil fuels.

“This project will contribute to Mexico’s goal of reducing its greenhouse gas emissions 50 percent by 2020,” said Brian Blakely, project team leader at the IDB’s Structured and Corporate Finance Department. Bii Nee Stipa II, the fourth wind farm to be financed by the IDB in Oaxaca since 2009, has 37 wind turbine generators, with an expected annual net generation of 278 gigawatt-hours. The project, whose construction was completed in June, is expected to reduce carbon emissions by 172,265 metric tons per year.