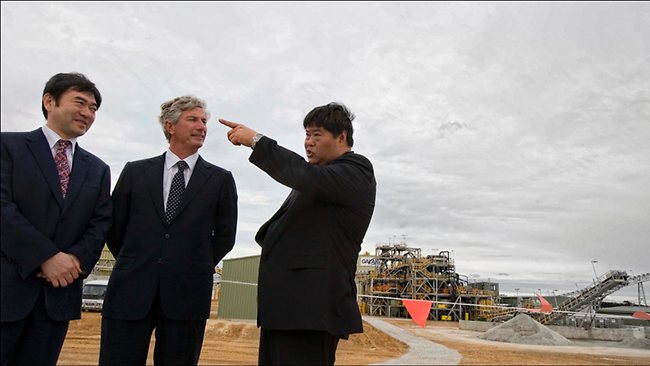 Galaxy acquired a 70% stake in the highly prospective Sal de Vida project following its recent merger with Lithium One Inc. Sal de Vida offers Galaxy geographical, process and cost base diversification from its existing assets in Australia and China.

Galaxy Resources Limited is pleased to outline the development strategy for its Sal de Vida lithium and potash brine project (“Sal de Vida” or “the Project”) in Argentina.

Galaxy acquired a 70% stake in the highly prospective Sal de Vida project following its recent merger with Lithium One Inc. Sal de Vida offers Galaxy geographical, process and cost base diversification from its existing assets in Australia and China.

Its favourable brine chemistry and prime location mean it is expected to become Galaxy’s next flagship asset.

While lithium carbonate prices are already increasing, Galaxy forecasts exponential growth (a ‘hockey stick’ growth profile) in lithium demand in the next five years, driven by the lithium-ion battery sector. The lithium battery industry today is worth US$11 billion and expected to grow to US$43 billion by 2020. Consequently, lithium carbonate feedstock demand is also expected to increase 2-3 times by the end of the current decade.

Galaxy also recognises that development lead times on lithium mines and projects can be in the vicinity of 4-5 years. Galaxy therefore needs to advance the development of Sal de Vida to be positioned and ready for the anticipated demand growth.

This timeframe would allow Galaxy to fully benefit from the potential demand and lock in long term offtake contracts.

Galaxy believes that those lithium companies with operating projects in place in anticipation of this potential demand will be in the best position to benefit.

Galaxy Managing Director Iggy Tan said: “We see very strong growth ahead in the lithium sector and want to develop Sal de Vida in anticipation of that forecast demand. The Company’s diversification strategy has been to acquire and develop both hard rock and brine lithium operating assets in various geographies. The recently-announced acquisition of Talison Lithium (a hard rock concentrate producer) by Rockwood Lithium (a brine based lithium chemical producer) for C$724 million, vindicates our strategy and our view of the long term growth in this market.”

Galaxy’s Jiangsu Lithium Carbonate Plant (“Jiangsu”) is currently in production and, with a design rate of 17,000 tpa, will make Galaxy the largest producer of battery grade lithium carbonate in the Asia Pacific region.

Mr Tan added that the Company will not make a final investment decision on Sal de Vida until the Jiangsu Plant achieves positive cash flow.

“Jiangsu will need to reach the point of being consistently cash flow positive and on a sustainable basis prior to full scale commitment to Sal de Vida development. The Company’s upmost priority is to ramp-up the Jiangsu Plant, but the background work for the Sal de Vida needs to happen in parallel. It is a very important development for the Company.”

Galaxy spent a number of years looking for a high quality, undeveloped lithium brine project with the aim of adding extra lithium resources and lithium carbonate capabilities to its asset portfolio in anticipation of growing lithium demand.

Sal de Vida’s potential production profile is 25,000 tpa of battery grade lithium carbonate and 107,000 tpa of potash (KCl) by-product for the fertiliser industry. In addition to the 17,000 tpa design capacity of Jiangsu, Galaxy would produce 42,000 tonnes of lithium carbonate per annum from 2017 onwards. (Figure 1.)

The Sal de Vida brine chemistry is highly favourable, with high levels of lithium and potash, and low levels of magnesium and sulphate impurities.

Sal de Vida is situated in the renowned ‘lithium triangle’ at the meeting point of Argentina, Chile and Bolivia. It is located adjacent to FMC Lithium’s El Fenix lithium operation in the Salar del Hombre Muerto, which has been in operation for the last 15 years.

The Sal de Vida Pre-Feasibility Study (“PFS”) completed in October 2011 estimated a net present value for the project of US$1.07 billion. The average operating cost was estimated at US$1,537 per tonne of finished lithium carbonate, generating a net pre-tax cash flow of US$139 million per annum.

Galaxy hopes to advance the development of Sal de Vida, employing some of the same processes and technologies it used to design and construct the Jiangsu Plant.

Galaxy is completing a Definitive Feasibility Study (“DFS”) on the Sal de Vida project and will update the market on its progress in due course.

alaxy Resources Limited (ASX:GXY) is an Australian-based global lithium company with lithium production facilities, hard rock mines and brine assets in Australia, China, Canada and Argentina. The Company is an integrated lithium mining, chemicals and battery company listed on the Australian Securities Exchange (Code: GXY) and is a member of the S&P/ASX 300 Index.

Galaxy wholly owns the Mt Cattlin project near Ravensthorpe in Western Australia where it mines lithium pegmatite ore and processes it on site to produce a spodumene concentrate and tantalum by-product. At full capacity, Galaxy will process 137,000 tpa of spodumene concentrate which will feed the Company’s wholly-owned Jiangsu Lithium Carbonate Plant in China’s Jiangsu province. The Jiangsu Plant has commenced production and will produce 17,000 tpa of battery grade lithium carbonate, the largest producer in the Asia Pacific region and the fourth largest in the world.

Galaxy is also advancing plans to develop the Sal de Vida (70%) lithium and potash brine project in Argentina situated in the lithium triangle (where Chile, Argentina and Bolivia meet) which is currently the source of 60% of global lithium production. Sal de Vida has excellent promise as a future low cost brine mine and lithium carbonate processing facility.

Lithium compounds are used in the manufacture of ceramics, glass, electronics and are an essential cathode material for long life lithium-ion batteries used to power e-bikes and hybrid and electric vehicles. Galaxy is bullish about the global lithium demand outlook and is positioning itself to achieve its goal of being involved in every step of the lithium supply chain.