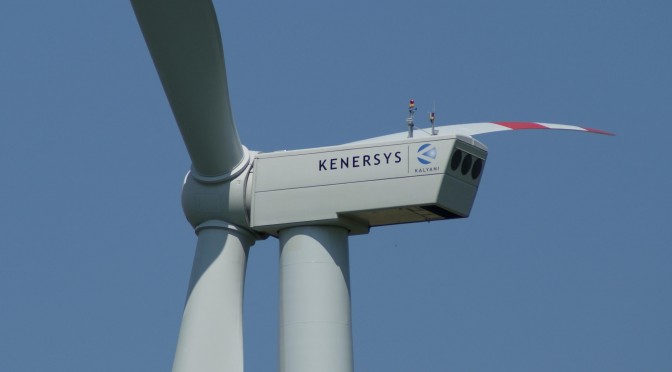 The founders of auto components maker Bharat Forge are in talks with private equity firms to sell a $300 million stake in their wind energy firm, Kenersys, two sources familiar with the matter said.

The transaction would dilute part of the controlling stake of the Kalyani group in the alternative energy firm and also enable First Reserve Corp, a US-based energy-focused private equity firm, to make a partial exit from an investment it made in Kenersys in 2008, the sources said.

“We are aiming to raise capital by end of this financial year,” said one company source. The group CFO of Bharat Forge, Kishore Saletore, said in an e-mail that the company would not comment on market speculation.

While investment in India’s core power generation and distribution space has slowed due to delays in project approvals and a lack of access to fuel, global energy funds have been investing in India’s alternative energy sector.

India, with 206,456 megawatts of installed power capacity at the end of July, suffers from a peak-hour power shortfall of about 10 percent.

Asia’s third largest economy aims to add 88,000 MW of generation capacity based on fossil fuels and hydro during 2012-17, and another 29,800 MW capacity based on renewable energy sources during the same period.