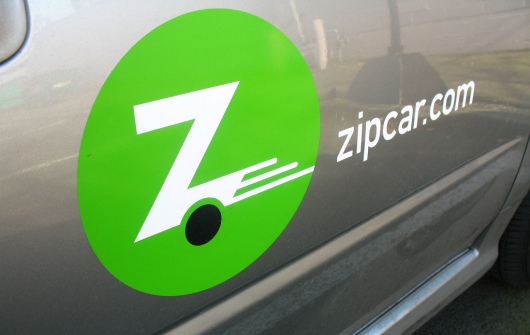 A city statement says the program is the first of its kind to utilize electric vehicles.

Mayor Annise Parker says a new partnership with the car-sharing network Zipcar Inc. is the reason for the fleet additions.

Houston is adding 50 electric cars to the municipal vehicle fleet for city employees across numerous departments to share.

The City of Houston has the third largest municipal hybrid fleet in the nation, with about half of the city’s general-purpose, light-duty fleet having been replaced with hybrid vehicles.

This program is the first of its kind, funded by the State Energy Conservation Office American Recovery and Reinvestment Act (SECO-ARRA) Transportation Program (SEP), and is designed to help the City of Houston improve efficiency, promote sustainability and save money – all without sacrificing employee mobility.

The City of Houston currently has the third largest municipal hybrid fleet in the country, with approximately 50 percent of the City’s nonspecialty, light-duty fleet having been replaced with hybrid vehicles. By deploying Zipcar’s FastFleet car sharing platform in these and other vehicles, as well as implementing Zipcar’s self-service online reservation and secure vehicle access system, the program is expected to help the City gain new efficiencies, improve utilization and reduce costs, while further reducing the environmental impacts of their fleet.

“Houston is setting the pace for sustainability efforts, and we are very proud to be working with Zipcar to launch the nation’s first-ever municipal EV green fleet sharing program,” said Mayor Annise Parker. “Although we’ve always been known as the oil capital of the world, we’re gaining momentum on being the energy capital through programs like Houston Fleet Share and the Houston Drives Electric initiative.”

“By utilizing Zipcar’s technology to make our fleet usage more efficient, we will be able to further reduce emissions and cut back on fleet fuel consumption, helping save money while also having a positive impact on our environment,” continued Mayor Parker.

“I would like to applaud Mayor Parker and the City of Houston for all the work they have done to make the city’s municipal fleet one of the most sustainable in the country through their dedication to EVs and hybrid vehicles.  We’re excited to help make this program even more efficient with the addition of Zipcar technology into these vehicles,” said Scott Griffith, Zipcar chairman and CEO. “By utilizing Zipcar’s FastFleet technology through the new Fleet Share program, the City of Houston joins smart city governments focused on developing solutions to complex transportation challenges.”

The City of Houston selected Zipcar as its fleet technology provider through a competitive bidding process.

By using Zipcar’s FastFleet technology, the City of Houston will be able to design and configure its fleet footprint in real time for optimal utilization; manage hundreds of critical activities including preventive maintenance, fueling, billing, and fleet distribution; analyze usage and diagnostic data, automatically captured during every trip; and utilize Zipcar’s robust, experience-driven analytics to stay on top of trends and in control of its fleet.

Zipcar’s FastFleet technology has already been adopted through similar initiatives in Washington, D.C., Chicago and Boston. In 2009, Washington, D.C. became the first city to use Zipcar technology in their fleet, allowing fleet operators to eliminate cars, save money and reduce emissions.  D.C. officials estimate that they save approximately $1 million per year using the technology.

In March 2011, the City of Chicago became the first city in the country to integrate both the use of Zipcar’s FastFleet technology in their existing fleet and Z4B (Zipcar for Business), Zipcar’s business transportation solution. According to the city’s projections, the integrated program could save Chicago hundreds of thousands of dollars in transportation costs over the next several years.

In addition, the City of Boston launched the FleetHub program using Zipcar’s FastFleet technology in February 2012, creating an interdepartmental fleet of vehicles for use by city employees.  With a focus on fleet modernization and sustainability, the program will help the City dispose of older, under-utilized vehicles, while helping to modernize the fleet with alternative fuel and hybrid vehicles.

Zipcar is the world’s leading car-sharing network with more than 730,000 members and 11,000 vehicles located in major metropolitan areas and college campuses throughout the United States, Canada, the United Kingdom, Spain and Austria. Zipcar offers more than 30 makes and models of self-service vehicles by the hour or day to residents and businesses looking for an alternative to the high costs and hassles of owning a car. More information is available at www.zipcar.com.

FastFleet is Zipcar’s proprietary car sharing technology that enables fleet managers to save money, reduce risk and promote sustainability by leveraging the same technology that powers Zipcar’s consumer fleet. The FastFleet program empowers client fleet administrators to determine the numbers, types and locations of vehicles, which are then equipped with Zipcar’s in-vehicle technology, wirelessly linking them to a dedicated server. Utilizing FastFleet technology makes reserving and driving a vehicle a seamless process for employees, while providing significant benefits to fleet managers as well. More information is available at www.fastfleet.net.