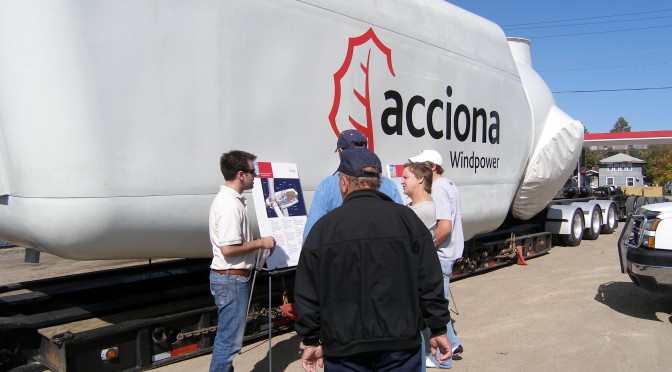 The Acciona’s Oaxaca II and Oaxaca IV wind farms began operating earlier this year. Both have capacity of 102MW, and are located in the southwest Mexico state.

Acciona has raised almost $300 million from bond investors to refinance two Mexican wind farms, in what bankers say is the first financing of non-US renewable energy projects in the US capital markets.

Both projects have fixed-price offtake agreements with the Comisión Federal de Electricidad (CFE), a large Mexican utility, until 2032, Fitch noted. CFE will initially pay $63-5/MWh for power in 2012, rising to $109/MWh in 2031, it said.

In awarding the rating, Fitch noted the creditworthiness of the offtaker, the lack of any penalties for lower-than-expected electricity generation, the high quality of the wind resource for the two projects, and the moderate operating and maintenance risk posed by the projects, which use “proven” Acciona AW70/1500 turbines.

Société Générale, one of the five banks that placed the bonds, described the pricing as “competitive … for a first time Mexican issuer compared to US-based renewable project bonds of similar tenor”.

It reported demand from “across the US, Canada, UK, Mexico and Far East. There was good demand from Mexican pension funds given the CFE connection,” and added that “a significant portion of the bond was placed with buy and hold investors providing the sponsor with a stable investor pool.”

According to sources close to the deal, Acciona was motivated to issue the bonds to diversify its sources of funding.

A spokeswoman for Acciona confirmed the details of the bond issue, but declined to comment further, citing regulatory issues.