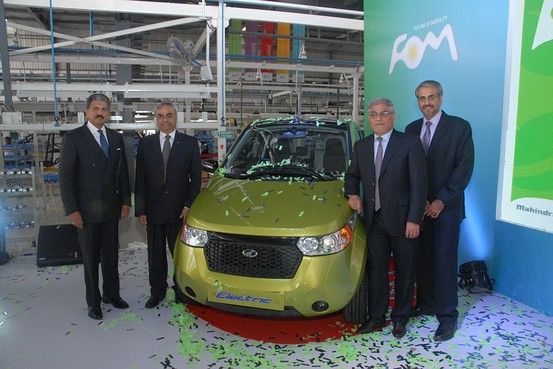 In May 2010, Mahindra had acquired a majority stake in Reva Electric Car Company, subsequent to which the company was renamed Mahindra Reva Electric Vehicles.

On the occasion, Mr. Mahindra said, “We firmly believe that the automobile industry is at an inflection point that will re-shape the way we own and use mobility solutions. This change is being driven by rapidly changing customer needs and dramatic advancements in automotive technologies, including the growing influence of electronics and IT in automobile products and solutions.”

Elaborating on the Group’s intent to create a movement that will encourage all stakeholders to co-imagine and co-create a shared vision of the future, Mr. Mahindra further added, “We have tried to capture the critical elements where maximum change will be seen, using a framework of 5 C’s. The 5C’s, when seen together, define the ‘future of mobility’. It is important to understand that the 5 C’s don’t just apply to cars but rather to the entire automotive value chain and the ecosystem.”