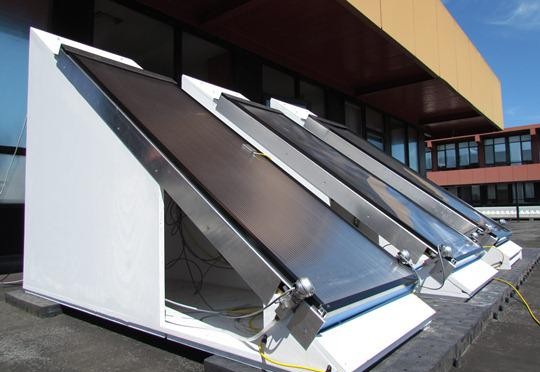 Today, the U.S. solar energy industry employs 100,000 Americans at more than 5,600 companies, mostly small businesses, across the nation in all 50 states.

New York Governor Andrew Cuomo today approved legislation allowing solar energy to continue its rapid growth in the state. The package of bills, all related to tax exemption of solar projects in New York, is likely to have a positive impact on the total amount of electricity derived from renewables in the state. The Solar Energy Industries Association ® (SEIA ®) applauded the new laws, which will keep New York’s impressive solar growth on track to achieve its renewable energy goals in the NYSun Program.

“We applaud Governor Cuomo, as well as Senator George Maziarz and Assemblyman Cahill for their bipartisan work paving the way for solar to succeed in New York State,” said Carrie Cullen Hitt, Vice President for State Affairs at SEIA. “By making it more affordable for businesses and homeowners to install solar systems, these laws are vital to helping New York realize its goal of 45 percent renewable-powered electricity by 2015. We look forward to continuing to work with state leaders so that New York can meet its total solar market potential in the near future.”

New York is home to about 7,500 solar photovoltaic (PV) solar installations and it ranks 6th in the nation in number of PV systems. These systems have the capacity to produce 121 megawatts of clean solar energy – enough to power nearly 20,000 homes. In addition to these new laws, the state has several other policies in place to promote solar investment, including a feed-in tariff through Long Island Power Authority (LIPA), a New York State Energy Research and Development Authority (NYSERDA) customer-sited tiered program, and net metering – rules that credit customers for excess power generated.

Established in 1974, the Solar Energy Industries Association is the national trade association of the U.S. solar energy industry. Through advocacy and education, SEIA is building a strong solar industry to power America. As the voice of the industry, SEIA works with its 1,100 member companies to make solar a mainstream and significant energy source by expanding markets, removing market barriers strengthening the industry and educating the public on the benefits of solar energy. Visit SEIA online at www.seia.org.