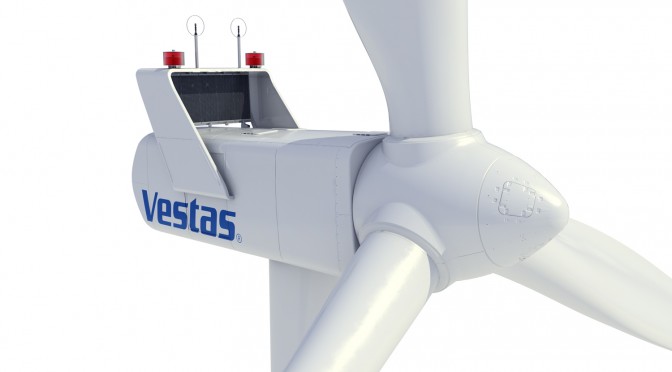 Much of the emphasis on green living today is all about scaling down: own a bike and not a SUV, for example. But when it comes to wind turbines a new study has found that the reverse is true: bigger turbines are better for the environment.

Since the founding of EWEA some 30 years ago (read more about our 30th anniversary here and look out for a special edition of Wind Directions magazine in September) turbine technology has been transformed. In 1982, turbine manufacturers were building 55kW turbines; today typical onshore turbines are around 3 MW, with the largest onshore turbines reaching a powerful 7 MW.

The study conducted by the Institute of Environmental Engineering in Switzerland found that bigger is better because larger turbines produce markedly more energy than smaller sizes and the manufacturing, transporting, maintaining and disposing energy costs of building bigger turbines are only marginally higher than for smaller turbines.

In short, bigger turbines can generate much more power while not needing proportional increases in materials and energy than smaller ones thus reducing their carbon footprint. “The results showed that the bigger the wind turbine is, the greener the produced electricity is,” the study said, attributing this result to size-scaling and technological experience gained over time.

This effect has important implications for the cost of wind energy, which for onshore turbines has now come down low enough to make onshore wind power competitive with fossil fuels and cheaper than nuclear. Meanwhile, the industry continues its search to make wind power even cheaper through lighter turbines with fewer parts, for example.

Speaking at EWEA’s Annual Event in Copenhagen earlier this year Ian Mays, CEO of RES, pointed out that the cost of wind power falls by six to eight percent for every doubling of capacity. Meanwhile, if you plotted the cost of conventional fossil fuels going forward you would see a steep upwards trend, he said.