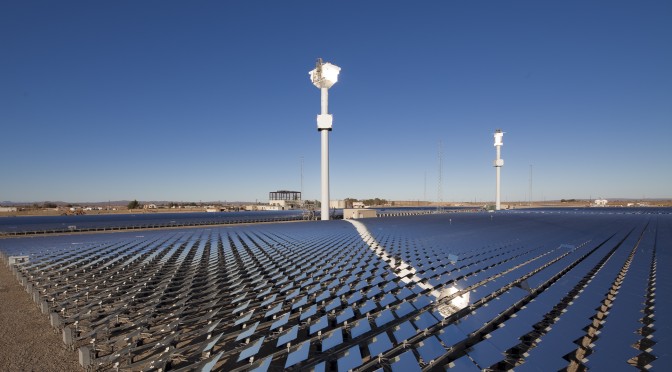 The Indian state of Uttar Pradesh has published a draft solar policy with a goal to install 1 GW of solar photovoltaic (PV) and concentrating solar power (CSP) plants by 2017.

An initial goal of 150 MW by 2014 has also been set. The draft document does not specify a breakdown by technology between PV and Concentrated Solar Power, but does include incentives, the removal of wheeling charges and establishment of eligibility criteria for investors. Bridge to India (New Delhi, India) notes that the policy has been introduced to fulfill Uttar Pradesh’s Solar Renewable Purchase Obligation of 2.8 GW by 2020.

“The economic development of Uttar Pradesh has been seriously hampered by inadequate availability of power,” notes the document’s preamble.

“In view of the fact that the conventional sources of power are fast depleting and pose threat of environment pollution too, the challenge before the State Government is not only to meet the ever growing demand for power but also to progressively increase the share of renewable sources in the power-mix so as to achieve overall energy security.”

“The State of Uttar Pradesh is endowed with vast potential of solar power and the Government is keen to tap this resource to improve the availability of power in the State by promoting the establishment of solar energy based power projects, both grid connected and off-grid type.”

Only experienced power plant developers will be considered for the development of PV and CSP plants, with progressively more strict requirements for larger plants, including a net worth and annual turnover requirement.

Under the policy, the Uttar Pradesh New and Renewable Development Agency (UPNEDA) be responsible for carrying out all the tasks related to bidding process for solar power projects in the state, as well as the identification of suitable locations and the creation of a land bank. The government will establish an INR 1 billion (USD 18 million) fund for solar development.

Bridge to India also notes that unlike the JNNSM, the state’s targets do not increase progressively to take advantage of the falling costs of solar power. Instead, the policy starts at 150 MW, increases to 300 MW for the second and third full years of the program, and then falls to 250 MW for the final year.