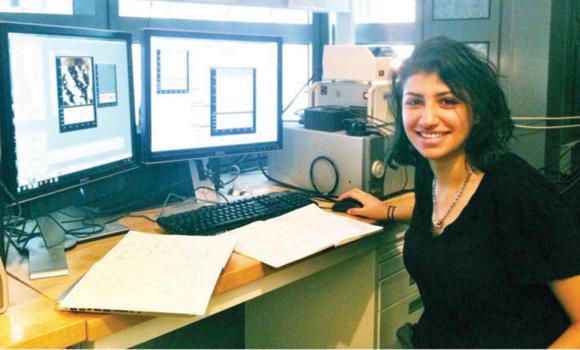 A Saudi female student from the US has conducted advanced research in solar technology at the Abu Dhabi-based Masdar Institute of Science and Technology.

Samar Alqatari is an engineering physics student with a focus on renewable energy at Stanford.

As a research assistant, Alqatari has spent the summer in the nanoelectronics and photonics labs of Dr. Ammar Nayfeh and Dr. Matteo Chiesa.

Her research focuses on the characterization of zinc oxide using a process called atomic force microscopy, which has the ability to analyze the surface and electric properties of nanomaterials, to look at the topography and conductivity properties of a zinc oxide thin film coating on a silicon wafer.

The results have many applications in electric devices, flexible electronics, and most importantly solar cells, according to a statement from Masdar.

Alqatari received her scholarship from King Abdullah University of Science and Technology (KAUST) in Saudi Arabia to study at Stanford University.

Nayfeh said: “The nanoelectronics and photonics labs at Masdar Institute is the perfect location for promising students such as Samar Alqatari to conduct advanced research.” “Her research has already produced significant results, which we hope will benefit the academia and the solar energy industry.”

Alqatari said the research she conducted at Masdar has many applications in renewable energy, specifically solar power. She added the institute has provided a stimulating environment for research and innovation.

She added: “The lab environment is very relaxed but at the same time their work on cutting-edge projects remains productive.”

She said Masdar Institute helped her decide on pursuing a career in academia with a focus on solar energy.