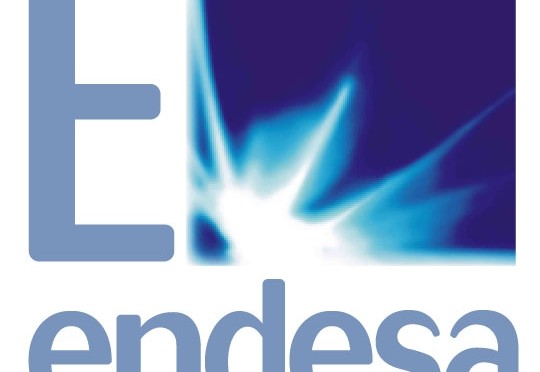 Endesa reported net income of 1,146 million euros as of June 30th, 2012, down 10.7% compared to the same period of 2011. This decline is primarily due to lower remuneration of some regulated activities in Spain and the write-down of the Group’s assets in Ireland to align their book value to the agreed-upon sales price. Endesa’s power generation in the first half of 2012 totalled 70,904 GWh, up 7.9% year-on-year, thanks to higher conventional thermoelectric generation, while electricity sales grew by 0.7% to 87,854 GWh.

Revenues grew 3.1% to 16,696 million euros, mainly due to higher sale prices. However, higher conventional thermoelectric generation and lower hydro production triggered an increase in fuel prices. This caused  higher costs of electricity purchases required to cover sales exceeding generation volumes. As a result, Endesa’s variable costs increased by 4.4% in the first half of 2012.

Fixed costs, however, fell by 2.6% (50 million euros), thanks to the implementation of the Group’s Synergy and Efficiency Plan rolled out within the Endesa-Enel Group integration process. As a result of these efforts, synergies achieved between Endesa and Enel reached 498 million euros, which, together with savings from other efficiency plans (Zenith: 105 million euros), led to total savings in investment and costs of 603 million euros, on track to achieve the target of approximately 1,100 million euros set for 2012.Consequently, EBITDA rose 1.5% to 3,547 million euros. EBITDA evolution was affected by measures which reduced the remuneration for regulated activities,  and were applied since the beginning of 2012. This caused EBITDA in the Spain and Portugal operations (which also include remaining operations  in Europe and Morocco) to decline by 1.2% (2,040 million euros) although this contraction was offset by a  5.5% growth in the Latin America activities (1,507 million euros).EBIT declined 2.6%, to 2,404 million euros, partly due to the 67 million euros write-down of the Group’s assets in Ireland to align their  book value  to the best available estimate of the final  sale price.  In June, a sales agreement was signed with SSE Generation Ltd for an estimated price of 270 million euros, which includes the estimated value of the CO2 emission rights and fuel reserves at the time the agreement was sealed. This decrease is also partly explained by the positive one-off extraordinary impact registered in the first half of 2011  in the Latin America operations due to the collection of trade receivables previously provisioned for.

In the first half of 2012, cash flow from operating activities amounted to 2,251 million euros, compared to 2,385 million euros posted in the same period of 2011, thus registering a 5.6% decrease year-on-year.

When assessing Endesa’s net debt level, it must be taken into account that as of June 30th, 2012, Endesa had the right to collect 4,896 million euros for some regulatory items recognised by the Spanish electricity regulation: 3,708 million euros for financing the revenue shortfall from regulated activities and 1,188 million euros in compensation for stranded costs in extra-peninsular generation.

In the first half of 2012, Endesa transfered deficit collection rights to the FADE  (Fondo de Amortizacion del Deficit Electrico) for an overall amount of 1,705 million euros. As of the date of this earnings press release, Endesa informed FADE of its irrevocable commitment to transfer all its collection rights for 2010, 2011 and 2012.

Spain and Portugal operations In the first half of 2012, the peninsular electricity demand declined by 0.1% year-on-year (-1.5% after adjusting for working days and temperature).

On the other hand, the trend of wholesale electricity prices continued to rise over the period, up 6% (excluding ancillary services or capacity payment) compared to the same period in 2011.

During this period, Endesa achieved a market shares of 38.6% in ordinary regime generation, 42.8% in distribution and 38.8% in sales to customers in the  liberalized market.

In the first half of 2012, revenues totalled 11,445 million euros, up 1.9%. However, the impact on the distribution activities of measures aimed at reducing the tariff deficit approved through the Royal Decree Law 13/2012; the increase in fuel costs (due to greater use of conventional thermal plants and lower use of hydroelectric facilities); as well as the 6% rise (excluding ancillary services or capacity payment) in wholesale market prices (leading to greater expense in electricity purchases required to cover sales exceeding generation volumes) caused a decrease in EBITDA of 1.2% to 2,040 million euros, and EBIT went down 4.5% to 1,269 million euros. Net attributable income from Endesa’s operations in Spain and Portugal was 893 million euros, down 70 million euros when compared with the figure posted in the same period of 2011 and contributed 77.9% to Endesa’s total net income.

On February 29th, 2012, Endesa completed the purchase of a portfolio of approximately 224,000 gas customers and other related contracts in the region of Madrid (Comunidad Autònoma de Madrid) from Gas Natural for a consideration of 34 million euros.

EBITDA stood at 1,507 million euros, an increase of 5.5% year-on-year, This figure is positively impacted by a 58 million euros increase in EBITDA due to exchange rate evolution between the euro and local currencies.

Endesa’s Latin America operations reported a net income of 253 million euros in the first half of 2012, a year-on-year decline of 20.9%. This reduction, despite  a rise in EBITDA, is attributable to worse financial results largely as a consequence of increased net debt in operations related to higher significant investments planned;    higher taxes and the positive one-off extraordinary impact registered in the first half of 2011 due to the collection of trade receivables previously provisioned for.

Cash flow from operating activities amounted to 522 million euros in the first half of 2012, compared with 822 million euros reported in the same period of 2011. This decline is largely due to higher income tax payments registered in the period.