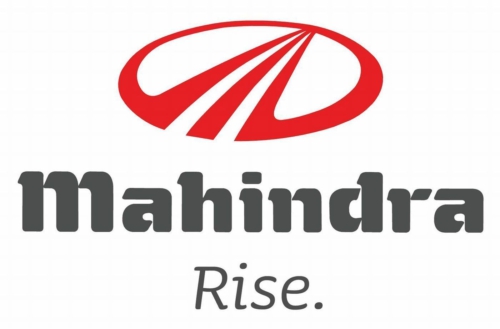 Mahindra Reva Electric Vehicles Pvt. Ltd. (Mahindra Reva), a global pioneer of electric vehicle technology, today announced that it has been awarded the ‘Platinum’ Rating from the Indian Green Building Council (IGBC). The Mahindra Reva plant was awarded the ‘platinum rating’ in the site review by IGBC and thus set a unique record of becoming the first automobile manufacturing facility in India to receive this certification.

Commenting on this milestone occasion, Dr Pawan Goenka, President, Automotive & Farm Equipment Sectors, Mahindra & Mahindra Ltd., said, “Mahindra Reva is all about creating the future of mobility solutions for sustainable living. With our new clean and green manufacturing facility at Mahindra REVA, we are in the process of establishing new benchmarks within the automobile industry. The IGBC Platinum Certification will go a long way in inspiring and enhancing our vision for a cleaner tomorrow”.

Speaking on the occasion, Chetan Maini, Founder and Chief of Strategy & Technology, Mahindra Reva Electric Vehicles Pvt. Ltd., said, “We are delighted to receive the ‘Platinum’ certification from an esteemed body like the Indian Green Building Council. We have taken extreme care to ensure that our new manufacturing plant is a sustainable facility in all aspects and adheres to the universally set benchmarks of the IGBC. This certification is a validation of our commitment towards a greener tomorrow.”

IGBC was established by the Confederation of Indian Industry (CII) to enable the construction industry to be environmentally sensitive. IGBC is a consensus driven not-for-profit council representing the building industry, consisting of more than 1,300 committed members.

Mahindra Reva is a pioneer of electric vehicle (EV) technologies and one of the world’s most experienced EV manufacturers.  Founded in 1994 as the Reva Electric Car Company, the company was a joint venture between the Maini Group of Bangalore and AEV LLC of USA.  Reva focused on creating affordable electric cars through advanced technology and launched its first model in India in 2001 and in London in 2004.

In May 2010, the US $15.4 billion, 144,000-employee Mahindra Group acquired a majority stake in the company, which was renamed Mahindra Reva Electric Vehicles Pvt Ltd.  Mahindra Reva remains headquartered in Bangalore, India, next to Electronics City – one of the world’s information technology hubs.

Today Mahindra Reva has one of the world’s largest deployed fleets of electric cars – customers in 24 countries have driven their Revas petrol-free for over 180 million kilometers. The company produces its own cars, licenses out its electric vehicle technologies, electrifies existing platforms, and helps to deliver integrated zero-emissions mobility solutions.  The company’s new factory in Bangalore, capable of producing 30,000 cars per year, is scheduled to begin production in mid-2012.

In 2006, Reva was acclaimed by Business World India as one of India’s “Cool Companies” and in 2008 was the recipient of the Frost & Sullivan Automotive Powertrain Company of the Year award.  In 2010, Reva i was crowned Green Car of the Year at the Overdrive & CNBC TV18 awards.

A US $15.4 billion multinational group based in Mumbai, India, Mahindra employs more than 144,000 people in over 100 countries. In 2011, Mahindra featured on the Forbes Global 2000 list, a listing of the biggest and most powerful listed companies in the world. Dun & Bradstreet also ranked Mahindra at No. 1 in the automobile sector in its list of India’s Top 500 Companies. In 2010, Mahindra featured in the Credit Suisse Great Brands of Tomorrow. In 2011, Mahindra acquired a majority stake in Korea’s SsangYong Motor Company.