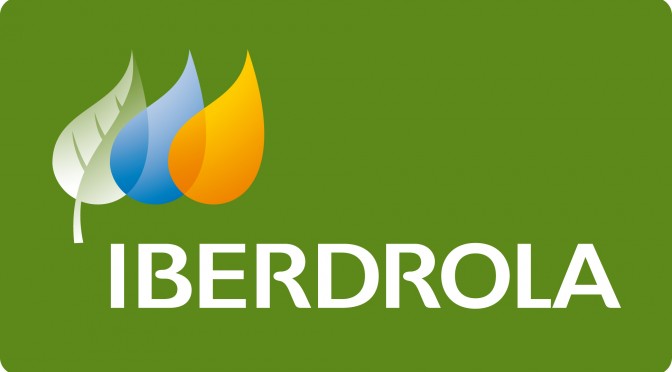 IBERDROLA’s first half earnings were €1,800.5 million (+15.2%), with Ebitda up 2% at €4,086.8 million. These results reflect the important contribution of the company’s international business despite worsening conditions in Spain. All Group divisions have produced improved results, although liberalised and networks businesses in Spain have shown strong downward trends.

International business earnings rose 74% to €1,363 million, representing over 75% of the Group’s total. This has offset results in Spain which fell 44% to €438 million and now represent less than 25% of net profits.

In terms of Ebitda, the Group has also benefitted from the contribution of its international business which now stands for more than half the Group’s total.  Whilst Ebitda outside Spain grew 13.4% to €2,168 million, in Spain it fell 8.3% to €1,919 million affected by recent regulatory measures and lower production.

By area, Ebitda from the regulated business rose 4.7% driven by international growth which offsets the fall in Spain where regulatory measures implemented on 30 March have caused a severe reduction in revenues. Ebitda from the regulated business grew in United Kingdom (+8.2%), United States (+6.5%) and Brazil (+36.1%), countries where it is considered an anticyclical activity that attracts investment, while in Spain it fell 12.6%.

The liberalised business was affected by results in Spain where it fell 10.3%, in contrast with the upward trend of international business. The industry in Spain is also anticipating a possible government announcement that will further impact the company’s results.

By contrast, Ebitda from the renewables business in Spain rose 23%, as opposed to a rise of just 3% outside Spain. The increase in Spain is in the main, a result of improved wind resource during the period.

Despite the complex economic environment, IBERDROLA continued to place priority on maintaining solid finances. At the end of the second quarter, Group liquidity stood at €9,551 million, enough to meet financing needs for the next 24 months.  Equity stood at €34,263 million.

Net adjusted debt for the Group – excluding the €2,710 million pending from repayment of the tariff deficit – stood at €29,318 million at the end of the period. The Group progressed in its attempt to reduce leverage which now stands at 46.1%, excluding the tariff deficit, as opposed to 46.4% in the same period last year. Also, the Company’s average debt maturity stands at 6.3 years.

This commitment to balance sheet strength has enabled IBERDROLA to maintain its key financial ratios, such as the funds from operations (FFO) to debt or retained cash flow (RCF) ratios, which are 21.3% and 17.4% respectively, excluding the tariff deficit.

In the coming years, IBERDROLA’s investment plan will be based on projects combining optimum levels of security, profitability and maturity period. Thus, the Group’s future development will originate from the regulated business.

Also, in the coming months the Company will continue its efforts of deleveraging and improving its financial ratios, through generating free cash flow, adapting investments, reducing expenses and rotating assets.

In this context, IBERDROLA will make every effort to maintain its shareholder remuneration policy unchanged whilst strengthening the foundations for sustainable long-term growth.

Key operating aspects in the first half of 2012

Ebitda from regulated businesses reached €1,980.6 million, a 4.7% rise from the same period last year. This was largely due to international results offsetting the poor performance of business in Spain, whose contribution to the Group is slightly above 30%.

In the UK, Ebitda from regulated businesses rose 8.2% to €446.3 million as a result of new investments that have strengthened the asset base, and the positive effects of the exchange rate.

The regulated business also improved in the United States, rising 6.5% to €356.8 million due to higher revenues, the contribution of Maine Power Reliability Project, the transmission line that links New England with Canada, and the exchange rate.

Ebitda in Brazil rose 36.1% to €495.5 million, largely due to the contribution from Elektro, a 6.1% rise in energy consumption and tariff review. Excluding Elektro, Ebitda from Brazil would have risen 2.6%.

Despite the adverse economic environment, IBERDROLA has been able to deliver these results thanks to the strategy of fostering regulated activities as a means to attract investment, implemented by the main countries where the company operates. In Spain, however, the trend has been reversed, even though this kind of investments is clearly anticyclical.

Ebitda from the liberalised business fell 4.2% in the first half to €1,248.2 million.  A recovery in the retail business in the United Kingdom and good operating results in Mexico partly offset weak results in Spain.

During the first six months of 2012, Ebitda from IBERDROLA’s renewable business rose 12.2% to €848.5 million. This area already contributes 21% to the Group’s total Ebitda. Results in Spain (+23%) exceeded by far that of outside Spain (+3%), as a result of the country’s good wind resource in the period. In contrast to 2010, wind conditions have now been better in Spain than elsewhere.