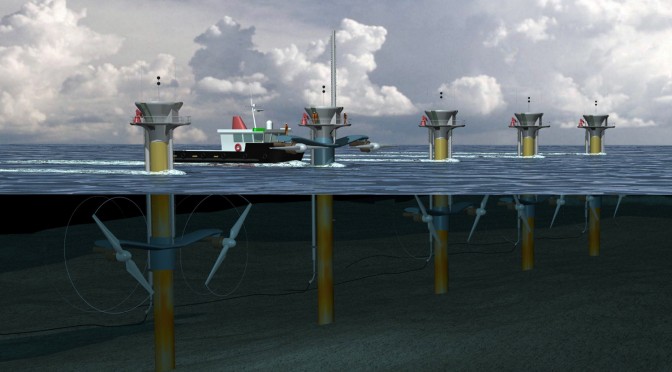 Tidal energy is a clean, renewable resource that can be harnessed wherever changing tides move a significant volume of water – including off the coasts of many U.S. cities where there is high electricity demand. Near Maine, the Bay of Fundy is one of the most robust tidal energy resources in the world. Each day, 100 billion tons of water flow in and out of the bay with the force of 8,000 locomotives and tidal ranges of up to 50 feet. Tides can also be forecast accurately, making tidal energy one of the most reliable and predictable renewable resources available.

“Maine is well positioned to lead the nation in tidal energy development.  The Cobscook Bay Tidal Energy Project is one example of the type of actions we need on a national scale to stabilize energy, prevent energy shortages, and achieve national energy independence.  Continued investment and innovation in clean energy technologies are integral to advancing these goals,” said U.S. Senator Susan Collins.  “I have worked hard to secure federal funding to support marine and hydrokinetic technology designed to deliver clean, reliable electricity to Maine consumers, and I am thrilled that the first commercial, grid-connected ocean energy project in the United States is being installed here in Maine.”

Through the Energy Department’s early investment, ORPC has brought its tidal energy device from the laboratory to commercial deployment.  The tidal energy devices, as well as many of the components, are being manufactured in the United States, strengthening American manufacturing competitiveness in this emerging global industry. Additionally, technical experts from the Department’s Sandia National Laboratories in New Mexico and National Renewable Energy Laboratory in Colorado collaborated with ORPC to conduct open water testing, refine designs and improve device performance.