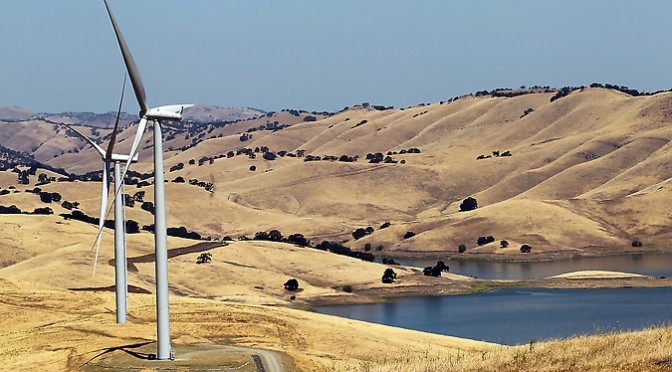 Innergex Renewable Energy Inc. (TSX: INE) (“Innergex” or the “Corporation”) and the Mi’gmawei Mawiomi (the Mi’gmaq of Quebec) announce that they have concluded a partnership agreement for the development, financing, construction, and operation of a large wind farm on the Gaspé Peninsula of Quebec, in Canada.

“This project not only aims to produce renewable energy and consolidate the wind industry of Gaspé, it also constitutes a powerful leverage for the emancipation and the long-term socio-economic development of the three Mi’gmaq communities of Gaspé”, declares Chief Claude Jeannotte, Chairperson of the Mi’gmawei Mawiomi. “This project could mark the beginning of a new era of prosperity for the Mi’gmaq of Quebec”, he adds.

Michel Letellier, President and Chief Executive Officer of Innergex, is very pleased that the Mi’gmaq Nation has selected the Corporation and that the Quebec government has responded so favourably to the aspirations of its Mi’gmaq partner. “Innergex has demonstrated a willingness and ability to develop long-term partnerships with Aboriginal communities across the country, partnerships that are mutually beneficial because they are based on common values and interests. We are happy to pursue this tradition with the Mi’gmaq Nation”, he declares.

The two partners therefore intend to submit the project under the Aboriginal wind energy program announced by the government as soon as possible. The wind farm project of approximately 150 MW is located on public lands on the Gaspé Peninsula. The Corporation and the Mi’gmaq Nation will ensure that the project is developed with great consideration for all its stakeholders, including elected officials, the population, and the host communities.

The Mi’gmawei Mawiomi (the Assembly) is a representative organization for three Mi’gmaq communities located in Gespegewagi: Gespeg, Gesgapegiag and Listuguj. The Assembly ensures, among other things, the Mi’gmaq Nation has access to its resources the purpose of which is to support the political and social objectives of the Mi’gmaq governments. The Assembly has established a secretariat, the Mi’gmawei Mawiomi Secretariat (MMS), to carry out its administrative functions that allow for MMS to pursue consultations and accommodations with any interest wanting to access the natural resources throughout Gespegewagi, its lands. The partnership with Innergex Renewable Energy Inc. is the first endeavour to partner with a company that will allow the Assembly to participate in the emerging wind power industry operating on its lands.

Innergex Renewable Energy Inc. (TSX: INE) is a leading Canadian independent renewable power producer. Active since 1990, the Company develops, owns, and operates run-of-river hydroelectric facilities, wind farms, and solar photovoltaic farms and carries out its operations in Quebec, Ontario, British Columbia, and Idaho, USA. Its portfolio of assets currently consists of: (i) interests in 26 operating facilities with an aggregate net installed capacity of 494 MW (gross 880 MW), including 20 hydroelectric operating facilities, five wind farms, and one solar photovoltaic farm; (ii) interests in 9 projects under development or under construction with an aggregate net installed capacity of 231 MW (gross 374 MW), for which power purchase agreements have been secured; and (iii) prospective projects with an aggregate net capacity totaling 2,844 MW (gross 2,977 MW). Innergex Renewable Energy Inc. is rated BBB- by S&P and BBB (low) by DBRS.

The Corporation’s strategy for building shareholder value is to develop or acquire high-quality facilities generating sustainable cash flows and providing a high return on invested capital, and to distribute a stable dividend.