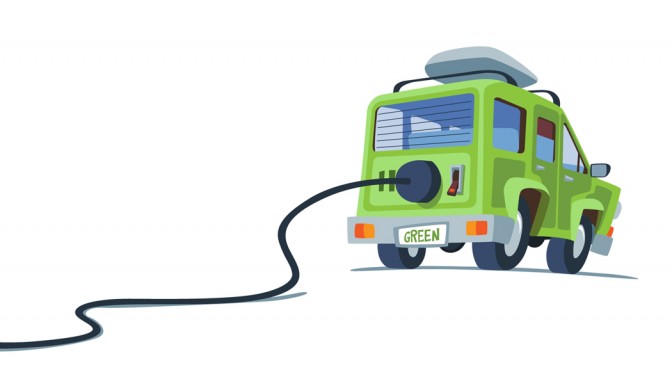 Researchers at the University of California, Riverside believe they can extend the range of electric vehicles by at least 10 percent by taking into account real-time traffic information, road type and grade and passenger and cargo weight.
The researchers, who work at the Center for Environmental Research and Technology (CE-CERT), which is part of the Bourns College of Engineering, have received a nearly $95,000 one-year grant from the California Energy Commission to develop a eco-routing algorithm that finds the route requiring the least amount of energy for a trip. “This is particularly useful given the limited range of electric vehicles,” said Guoyuan Wu, an assistant researcher at CE-CERT and the principal investigator on the project.
“It should really help cut down on what has become known as range anxiety.” Wu will be assisted by co-principal investigators Matthew Barth, director of CE-CERT and the Yeager Families Professor of Engineering, and Kanok Boriboonsomsin, a research faculty member at CE-CERT. The work on electric vehicles builds upon research by Barth and Boriboonsomsin.
They found eco-routing navigation systems can potentially reduce fuel consumption and greenhouse gas emissions in fossil fuel-powered by 5 to 15 percent. Most electric vehicles have a manufacturer estimated range of 100 miles or greater. However, range can vary drastically. For example, the range of the Nissan LEAF may vary between 47 and 138 miles depending on driving conditions, such as air temperature, traffic congestion and road grade, according to EPA testing. In the last decade, there has been a proliferation of GPS-guided navigation systems that assist drivers on which routes to take to their destination. Most attempt to minimize distance traveled. But, in many cases that route doesn’t minimize energy consumption or emissions. Newer generation navigation systems use predicted travel time. But, even the shortest-time route doesn’t ensure the minimum energy consumption or emissions.