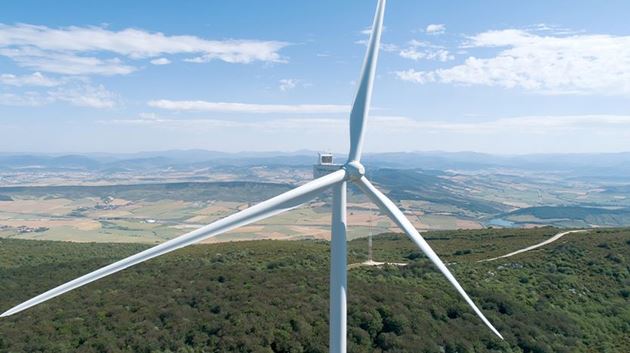 Thanks to increases in economies of scale and advances in technology, wind energy costs have become substantially more competitive.

Wind energy is also variable as wind speeds are also variable. When there is a lot of wind, wind turbines can generate a lot of electricity. When there is no wind, wind turbines can’t generate any electricity. While battery storage can eventually help solve the variability of wind, batteries are currently fairly expensive for the amount of energy they need to store. With future advances in technology, battery costs could become more competitive.

Governments subsidize wind energy because wind doesn’t emit any carbon. For those of you interested, check out 12 Most Advanced Countries in Renewable Energy.

The total amount of wind energy produced in 2021 grew 17% from 2020 as countries around the world have continued to increase wind capacity to lower their carbon emissions.

In terms of wind energy growth, 22% of total wind capacity growth in 2021 was offshore and the rest was onshore. Although offshore wind is often more expensive to build, offshore wind can often access areas where there is more wind than onshore sites. Offshore wind also doesn’t require any land which isn’t the case with onshore wind.

As wind energy becomes even more cost competitive versus the grid, the total amount of energy generated by wind is expected to increase substantially further in the future.

In addition to being more cost competitive, demand for wind is expected to grow in the future given the need to reduce carbon emissions. According to the IEA, “In 2021 wind electricity generation increased by a record 273 TWh (up 17%). This was 55% higher growth than that achieved in 2020 and was the highest among all renewable power technologies. Such rapid development was possible thanks to an unprecedented increase in wind capacity additions, which reached 113 GW in 2020, compared with just 59 GW in 2019. However, to get on track with the Net Zero Emissions by 2050 Scenario, which has approximately 7 900 TWh of wind electricity generation in 2030, it is necessary to raise average annual capacity additions to almost 250 GW, more than double 2020’s record growth. Much greater efforts are needed to achieve this level of sustained capacity growth, with the most important areas for improvement being facilitating permitting for onshore wind and cost reductions for offshore wind.”

In terms of projections, the growth rate of wind capacity in the future will depend on the energy sources’ cost competitiveness and government policy. If solar is more cost competitive than wind, for instance, wind might not grow as much. If fusion becomes economical much sooner, wind demand might not be as strong as expected. If governments support wind more than expected, wind growth could be faster.

For our list of 15 Countries That Produce the Most Wind Energy, we used the 2021 megawatts of installed wind turbine capacity from the BP Statistical Review of World Energy.

We ranked the top 15 countries based on the 2021 megawatts of installed wind turbine capacity.

15 Countries That Produce the Most Wind Energy

Given it has historically been famous for its windmills, the Netherlands, also known as Holland, has substantial wind resources. With government infrastructure policies and market dynamics, the country gets around 15% of its electricity from wind, surpassing all other forms of electricity generation except for natural gas. In 2021, the Netherlands increased its wind capacity by 18.2% to finish the year with installed wind turbine capacity of 7.8 GW.

Australia has increased its wind capacity by an average growth rate per annum of 15.5% from 2011 to 2021 to end the year with 9 GW of installed wind turbine capacity. Given Australia has a goal of achieving net zero carbon emissions by 2050, the government plans to increase its wind capacity further. According to Reuters, the government recently opened a zone off the country’s southern coast to develop offshore wind farms that could include a giant $6 billion project known as the Star of the South. If all goes to plan, the giant project could produce power around the end of the decade and generate 2.2 GW of wind energy.

Turkey has increased its wind capacity by an average growth rate per annum of 19.9% from 2011 to 2021 to rank #12 on our list of 15 Countries That Produce the Most Wind Energy. Given its growth, Turkey had an installed wind turbine capacity of 10.6 GW in 2021, more than double its capacity in 2015. Given its wind capacity, wind accounts for around 10% of Turkey’s total electricity generation.

Italy had total installed power from renewables of 58 GW in 2021, of which wind accounted for almost 11.3 GW. Given the country’s renewable generation, renewables accounted for 36% of the country’s total electricity generated for the year. With wind and solar costs continuing to decline, it is likely that renewables will account for an even larger percentage in the future.

Sweden is currently in a wind building boom given the Swedish Energy Agency expects wind power generation in the country to rise by 70% by 2024 versus 2021 when it had around 12 GW of installed wind turbine capacity. Given its electricity generation capacity, Sweden has historically exported electricity to other nations such as Finland and in recent years, Sweden has been Europe’s top power exporter. With more wind capacity, Sweden could potentially export more green energy in the future.

Like Sweden, Canada is adding substantial amounts of wind capacity to its grid with nearly 3.6 GW of wind capacity add-ons expected in 2022. Given the expected wind add in 2022, Canada would increase its total installed wind turbine capacity by 25% from around 14.3 GW in 2021. Many of Canada’s new wind projects are in Alberta where favorable policies have helped drive renewable investment.

Brazil ranks #7 on our list of 15 Countries That Produce the Most Wind Energy with 2021 installed wind turbine capacity of nearly 21.2 GW. Given the country is expanding its wind generation capacity rapidly, analysts expect Brazil to have at least 30 GW of installed wind energy capacity by 2024, with even large capacity in the future.

Wind is the biggest source of electricity generation in Spain given the country’s installed wind turbine capacity of 27.5 GW. With the installed capacity, wind accounted for more than 23% of the country’s electricity mix. In terms of its wind generation, Spain has around 1,000 wind farms that collectively have over 20,000 wind turbines. Spain ranks #5 on our list of 15 Countries That Produce the Most Wind Energy.

India ranks #4 on our list of 15 Countries That Produce the Most Wind Energy given its installed wind turbine capacity of over 40 GW. Given its growing economy, demand for electricity in India has grown substantially in the last decade with wind turbines helping to meet some of the growth.

Germany is a major adopter of wind energy given its 2021 installed wind turbine capacity of almost 64 GW. Given its large economy and world class engineering talent, Germany’s government has the resources to increase its wind generation substantially. Germany’s government also has a policy of attaining 100% of its electricity from renewable sources by 2035. In order to do so, a government paper outlines plans to potentially increase wind energy capacity to 110 GW onshore, and as much as 30 GW offshore.

The United States is the world’s second largest generator of wind energy with installed wind turbine capacity of 132.7 GW in 2021. Thanks to supportive government policies and lower wind costs, the United States’ wind capacity has grown by an average growth rate per annum of 11.3% from 2011 to 2021, with 12.1% growth in 2021. As a result of recent construction, wind generates over 9% of electricity nationwide including more than 50% in Iowa and South Dakota.

China ranks #1 on our list of 15 Countries That Produce the Most Wind Energy given its 2021 installed wind turbine capacity of almost 329 GW.

China is the leader in wind given the country has enormous energy needs considering its large population and its second largest economy. The Chinese government has also implemented subsidies to increase renewable energy generation in the last decade to lower carbon emissions.