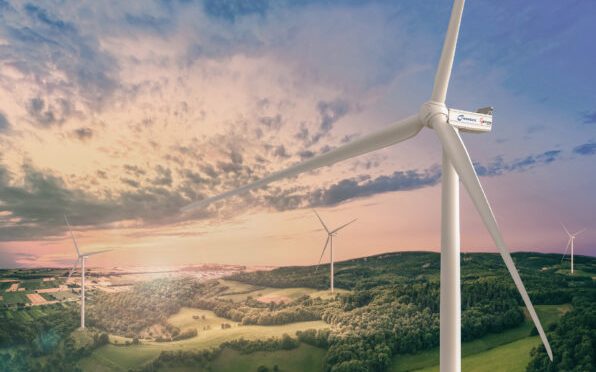 Ahead of the G20 Finance Ministers and Central Bank Governors Meeting in Washington on 12-13 October 2022, this letter has been sent to all G20 Heads of State and selected world leaders.

We, representing the leading companies in the global wind energy industry, recognise the efforts of the G20, under the Presidency of Indonesia in 2022, to address the current energy security and climate change crises impacting communities around the world. Tightened energy supply, spiking commodity prices, geopolitical conflict, rising inflation and dire events linked to climate change, such as drought, wildfires and flooding, have only underscored the need for strong collective international action to secure global economic growth, stability and prosperity.

On the occasion of the G20 Finance Ministers and Central Bank Governors Meeting in Washington this week, we wish to send this message: To resolve these crises, avoid similar ones in the future and protect people and the planet, we need to cooperate and urgently shift to a cleaner and more secure energy system based on renewable energy.

The Intergovernmental Panel on Climate Change has made it clear that it is “now or never” if we are serious about limiting global warming to 1.5°C. The necessary actions are drastic, requiring global greenhouse gas emissions to peak before 2025 and halve by 2030. The good news is that we have the tools, technology and know-how to undertake a substantial reduction in fossil fuel use and a rapid scale-up of renewable energy supporting environmental and nature protection principles.

What’s better, these actions can also reinforce the global energy system to reduce exposure to price volatility and import dependency linked to fossil fuels. And a growing body of evidence shows that the shift to renewable energy will result in enormous net savings for the global economy, supporting a just and equitable energy transition and liveable future for all.

As members of the Global Wind Energy Coalition for COP27 and representatives of the wind and renewable energy industry, we take joint responsibility for creating a safer and cleaner energy future. Wind energy is one of the most cost-competitive, mature, limitless and quickly deployable energy technologies we have today. It’s locally sourced, so is good for energy security. And from Europe to Asia, renewable energy offers increasingly stable power to keep the lights on and support economic growth and decarbonisation.

“We hold a track record of safety and innovation in the energy sector, creating powerful and efficient wind turbines and cultivating a global workforce of 1.4 million people. Innovation and scale have driven down the costs of wind energy, to the point that global average costs for new onshore wind projects are around 40% less than for new coal or gas-fired power projects.” – Signatories to the letter

In the last two decades, the global wind industry has amassed a bedrock of experience across developed and developing economies. We have built GW-scale pipelines in the Americas, nurtured thriving green industrial hubs throughout Europe, and developed robust supply chains from Latin America to Africa to South East Asia. We hold a track record of safety and innovation in the energy sector, creating powerful and efficient wind turbines and cultivating a global workforce of 1.4 million people. Innovation and scale have driven down the costs of wind energy, to the point that global average costs for new onshore wind projects are around 40% less than for new coal or gas-fired power projects.

The G20 already houses the top wind energy countries, including China, the US, Germany, India, Spain, the UK, France and Brazil. There is 56,000 GW of offshore wind technical potential across G20 countries, and just a fraction of members, including Argentina, Australia, Brazil, Canada, China, Japan, Indonesia, Mexico and South Africa and the US, host at least 296,000 GW of onshore wind potential. Most of this global wind resource remains untapped.

Meanwhile, at the current pace of growth, we are only on-track to reach less than two-thirds of the global wind capacity required by 2030 for a net zero and Paris-compliant pathway (see Annex).

We ask G20 leaders to work with industry to shift gears on the clean energy transition. Wind and renewable energy are the way out of our collective energy security and climate crises. Accelerating their deployment will require decisive and urgent policy commitments in nine action areas:

1. Scale up ambition and higher volumes for wind power as part of a sustainable energy mix, and reflect this in updated Nationally Determined Contributions (NDCs) by the end of 2022, comprehensive national climate and net zero strategies and short- and long-term energy plans. This can provide the long-term visibility needed to support large-scale investments.

3. Commit to action plans to rapidly build out electricity grids for integration of renewable energy and cross-sector decarbonisation.

6. Develop cohesive and inclusive policies to enact a just and equitable energy transition, which can contribute towards industrialisation of developing economies and diversification of supply chains to improve energy security.

8. Progress the implementation of the global rulebook on robust carbon pricing, particularly Articles 6.2 and 6.4 of the Paris Agreement.

9. Foster multilateral renewable energy partnerships and trade agreements in support of the energy transition among the G20, to improve collaboration on shared challenges.

Policy responses to the current crises to date, from REPowerEU in Europe to the Inflation Reduction Act in the US, have demonstrated that G20 governments can act resolutely to address systemic threats to the economy and society. Through similar efforts, progress in the above nine action areas can be achieved within the next few years to speed up renewable energy deployment.

We, the undersigned representatives of the global wind and renewables industry, are ready to work with G20 policymakers, leading international energy institutions, multilateral development banks and leaders of wider global institutions like the UNFCCC and COP27 to foster a more resilient and decarbonised global energy system based on renewable energy.

Members of the Energy Transition Council