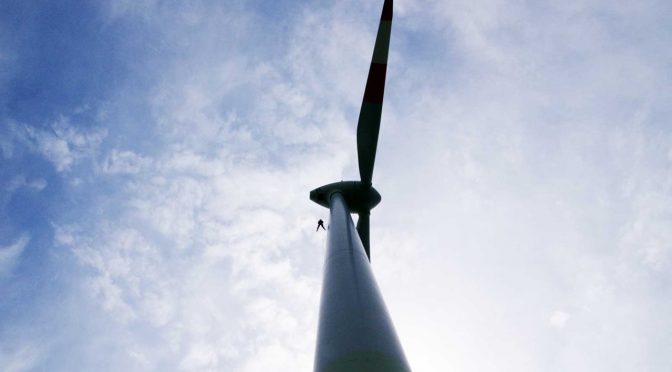 Ahead of the G20 Ministerial Sessions on Environment, Climate and Energy held in Naples on 22-23 July 2021, this letter signed by 25 CEOs representing the global wind industry has been sent to all G20 Heads of State. Download the letter here.

We recognise the efforts of the G20 countries to address the climate emergency and welcome the increased urgency and commitment to reaching the goals of the Paris Agreement, expressed on the occasion of the Venice International Conference on Climate.

But our message as the Global Wind Energy Coalition for COP26 is clear: Action to tackle climate change is lagging, and time is running out. Even under the net zero pledges recently made by G20 members, the world is spinning towards a 2.4°C global warming pathway this century. The choices made in this year and in this decade are mission-critical to preserving our planet and avoiding climate catastrophe.

As the international group representing most of the world’s population and more than 80% of global energy-related CO2 emissions, the G20 holds the power and public duty to strengthen its collective political will and get serious about mitigating climate change.

To do this, the recent net zero roadmaps published by the IEA and IRENA ascribe increased responsibility to the wind energy sector. In these reports, wind energy becomes the primary source of global electricity generation by 2050, and along with solar PV plays a central role in wider energy system decarbonisation. This paradigm shift is based on the nearly unlimited onshore and offshore wind resource available in every region of the world, its increasing cost-competitiveness and its rapid scalability using existing technology.

In the next decade, annual wind deployment must quadruple from the 93GW installed last year. Our industry can meet this challenge in collaboration with governments and other stakeholders. In the last 20 years, wind energy has proven its ability to ramp up production exponentially, create millions of skilled jobs and catalyse large-scale infrastructure renewal and investment.

However, we also point out in the strongest possible terms that these ambitions are unrealistic under the present “business as usual” conditions, and unachievable without decisive and urgent policy change across the G20 countries.

Current growth forecasts show that wind energy installations trail far below the rapid growth needed. Should this pace of growth persist, we will fall short of the wind capacity required for carbon neutrality by 2050 by 43%, and effectively be condemned to fail in our collective climate goals.

The G20 holds tremendous firepower to mitigate emissions in the form of wind resource. There is 56,000 GW of fixed and floating offshore wind technical potential across G20 countries today, the vast majority of which remains untapped. Studies show that just a fraction of G20 members, including Argentina, Australia, Brazil, Canada, China, Japan, Indonesia, Mexico and South Africa and the US, are home to at least 296,000 GW of onshore wind potential.

Realising this wind power potential and ramping up renewables is critical to the successful decarbonisation of global economies. But many regions are underperforming, and by the end of 2020, no G20 countries were deemed to have 1.5°C-compatible renewable energy targets.

Wind power must become the engine of G20 economies in a 1.5°C world, and can already begin fuelling a green recovery from the COVID-19 pandemic. But the industry faces critical policy and regulatory bottlenecks (see Annex) which are preventing project deployment and blocking the flow of much-needed investment. To resolve these issues, we ask G20 and world leaders to:

Responses to the COVID-19 pandemic, including financial stimulus measures and flagship packages like Fit for 55 in the EU, show that governments can act decisively to address systemic threats to society and economies. We believe that all the above challenges could be resolved within the necessary time window. However, we need to act fast and with the collective force of government, investors, industry and communities.

We, the undersigned representatives of the global wind industry, stand ready to work with the G20 countries and wider Parties to the COP and signatories of the Paris Agreement, the COP26 President Designate, the leading international energy institutions and major multilateral development banks to establish enhanced ambition and concrete solutions to accelerate wind energy deployment in this crucial decade.

Where a Chief Executive Officer is not appointed or in transition, a C-suite representative serves as signatory.

The chief areas which need to be urgently addressed to accelerate renewable energy deployment include: