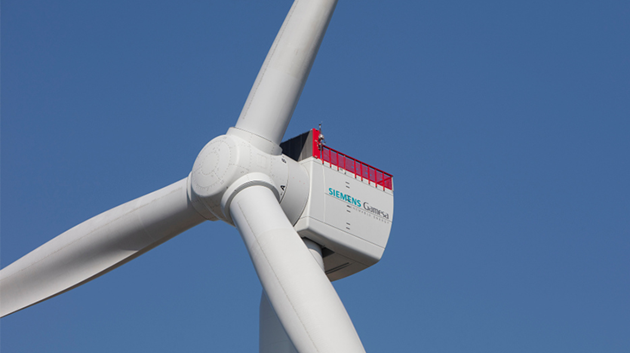 Siemens Gamesa recently became one of the first turbine manufacturers worldwide to receive a second rotor-nacelle assembly (RNA) IEC type certificate covering resistance to extreme wind conditions. Issued by TÜV NORD, the SG 11.0-200 DD offshore wind turbine joins the SG 8.0-167 DD offshore wind turbine with this certification. Both Siemens Gamesa machines are thus able to withstand Typhoon- or T-class wind speeds as determined by the IEC reaching 57 meters per second for 10 minutes and three-second gusts of up to 79.8 meters per second.

“We are driven to ensure that our turbines can sustain the extreme weather events such as typhoons seen in Asia Pacific. We’re thus tremendously proud to have received this second rotor-nacelle assembly type certification. With the region poised to become even more significant globally, it strengthens our focus on delivering value to our customers,” says Marc Becker, CEO of the Siemens Gamesa Offshore Business Unit.

As of today, over 1,200 units of the offshore Direct Drive platform are installed and operating across the globe, including in Asia Pacific on Formosa 1 project in Taiwan. The robustness of the installed fleet is demonstrated via availability rates across the 1,200 units of above 97% in calendar year 2020.

In addition to T-Class wind speed compliance, Siemens Gamesa is working closely with local authorities and certifying bodies to ensure that all applicable standards are considered. For example, the company is part of the international ACE (Alleviating Cyclone and Earthquake challenges for wind farms) Joint Industry Project. The initiative aims at gathering cross-industry experiences to align wind turbine design methodologies for extreme environmental conditions.

Siemens Gamesa has also been developing its offshore platform to operate in both high and low ambient temperatures, thus reducing thermal limitation and increasing annual energy production while preserving turbine lifetime. Those product features will contribute to the further expansion of offshore wind in Asia Pacific, where it is meant to play an important part in the decarbonization of society. In Japan, the government revealed late 2020 long-term and visionary objectives for the industry, with 30-45 GW to be installed by 2040.

“Throughout the years, we have established a unique track record in the industry, including in Asia Pacific, as we installed and maintain the very first commercial project in Taiwan, Formosa 1. Going forward, we will leverage this experience and prepare to deliver the highest possible standards to support the broader adoption of offshore wind in the region,” says Niels Steenberg, Siemens Gamesa Executive General Manager for Offshore in Asia-Pacific.

Russell Cato, Managing Director for Siemens Gamesa in Japan adds: “Building up on more than 20 years of presence in Japan, Siemens Gamesa is committed to contribute to the growth of the local wind power market. On the offshore side, we firmly believe in the potential of the industry, and are encouraged in our endeavors by the strong promotion plan from the government, towards the decarbonization of society by 2050.”