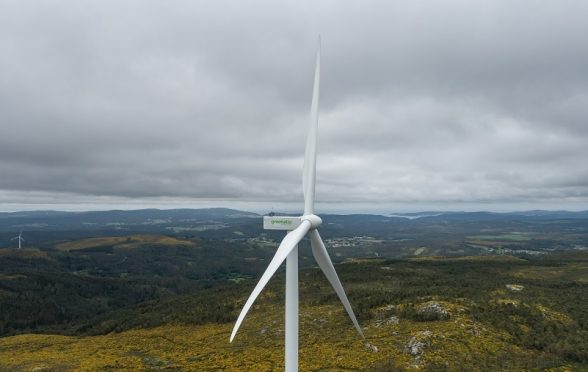 Three wind farms on the Costa da Morte with eight wind turbines with a total power of 28 mw. The three promoted by the Coruña company Greenalia: Monte Tourado and Alto da Croa are located in Vimianzo, while A Croa II in Vimianzo and Dumbría. According to the promoters, the investment amounts to 21.5 million euros and 290 jobs were mobilized.
850,000 euros in municipal taxes and fees

The works were developed during a year and there have been fifty local companies “with the consequent economic revitalization of the environment” they point out from Greenalia. The same sources report that the municipalities will receive 850,000 euros in fees and taxes (60% for Vimianzo and 40% for Dumbría). The owners of the plots included in the polygonal will receive about three million euros during the useful life of the three parks (30 years).
Iberian wolf

The number of wind turbines originally foreseen, of 13 years, and the underground evacuation were reduced, as well as the carrying out of a study and monitoring of the Iberian wolf population present in the surroundings of the area of ??the implementation of the Croa and Monte Tourado wind farms , which will help to monitor the construction and operation phase of the wind farms in order to guarantee the correct conservation of the species.

And also the replacement of a mamoa that had been destroyed for years, proceeding to its complete restoration, which will allow its enhancement once the recovery process of it is finished ”.