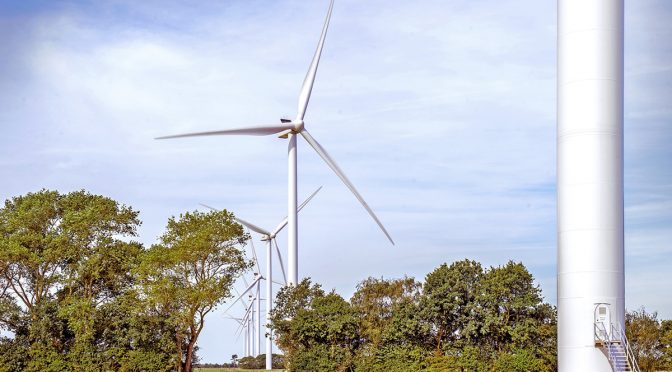 The wind energy potential in Latvia is significant, both for onshore and offshore wind. But Latvia is lagging behind its neighbours and others. It only has 66 MW of capacity and hasn’t built any new wind farms since 2012. A new onshore project was recently presented by Vestas. This 59 MW wind farm will almost double Latvia’s capacity and will be operational by the end of 2022.

The expansion of onshore and offshore wind would benefit the Latvian economy. Each new wind turbine generates on average €10m of economic activity. And by building wind farms in their neighbourhood local communities can benefit too.

Latvia’s current fragmented approach to land ownership makes it difficult to develop large wind farms, however. The Government should therefore consider allowing wind energy deployment in state-owned forests, avoiding deforestation. And it should allow municipal governments and/or communities to benefit financially from the local wind farm, as they do in most other countries in Europe.

The Latvian Government should also introduce an efficient financing model to support wind farm investments. Auctions for contracts for Difference (CfD) would be the best option here. CfDs significantly reduce the financing costs of wind farms, because banks are happy to lend to projects that have stable revenues. And they’re relatively cheap for governments, because the wind farms pay them back when the market price exceeds their auction price.

It is excellent that Latvia and Estonia plan to build a cross-border offshore wind farm. To this end it’s important Latvia starts implementing a regulatory framework to support the development of offshore wind. It takes longer to build offshore wind farms than onshore wind farms, so if Latvia wants to project to be operational before 2030 it needs to start acting soon.

WindEurope CEO Giles Dickson said: “Latvia will benefit from building wind farms just like its neighbours have. And it has great potential both for much more onshore wind and for offshore wind. The Government should allow municipal authorities and local communities to benefit financially from wind farms. And it should consider building them in state-owned forests. It should also introduce Contracts for Difference auctions to minimize the costs of financing the necessary investments. And it needs to put in place a legal framework for offshore wind to support its joint project with Estonia.”