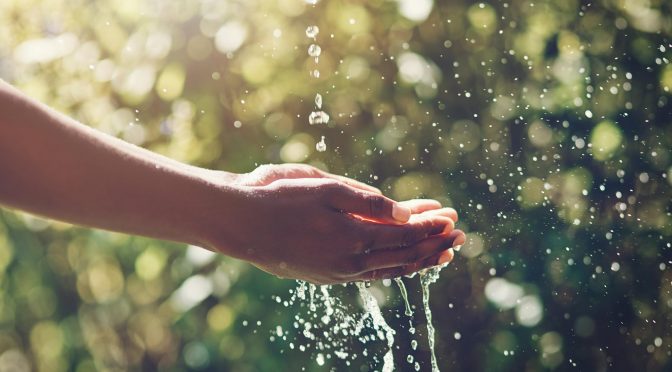 Saving water resources at our plants is at the heart of WaVE, a project to reduce the environmental impact of energy production.

For an organization like Enel Green Power that relies on water to produce clean energy and to fuel a new model of sustainable development, the issue of how to make the best use of this resource is a crucial one. Safeguarding water resources not only means using water responsibly without wasting it, it also means protecting the environment and the communities that live in areas near rivers and lakes. It is no coincidence that this element is the subject of two of the UN’s 17 Sustainable Development Goals(SDGs). In fact, SDG 6 aims to “ensure availability and sustainable management of clean water and sanitation for all”.

For some time now, our Group has been working to generate renewable energy, while reducing as much as possible the use of waterfor the production of electricity and, more generally, reducing the use of resources in all of its plants. Since the beginning of 2020, thanks to the definition of precise environmental sustainability parameters, we have ramped up our commitment, outlining a series of initiatives to improve performance in such a crucial area and applying circular economy methods and benchmarks.

With the WaVEproject (an acronym for Water Value Enhancement), 66 investments in this direction have been identified and so far 40 initiatives have been financed which will continue until at least 2023. Feasibility studies for a further 26 possible investments are currently underway and these initiatives will make it possible to further reduce Enel plants’ water footprint.

Priority has been given to those renewable plants that are located in water-stressed areas, i.e. those suffering from water scarcity. WaVE’s primary objectives are to optimize the use of water, paying particular attention to reducing specific needs but also the extraction of fresh water and the use of drinkable water. But how can this be done? First and foremost, by reusing waste water, using sea water, or even waste water from other plants, instead of precious fresh water. Based on the technologies available and the differences between individual sites, several specific solutions have been identified.

In the Atacama desert in Chile, the most arid place on earth, in order to reduce the use of water for cleaning photovoltaic modules from the abundant quantities of dust and detritus that accumulates (“soiling”) and reduces their solar absorption, the solution was to tilt the panels to a 45° angle at night (called “solar night parking”) to take advantage of nighttime humidity, rather than leaving them flat at their usual zero degrees. This simple intervention has significantly reduced water consumption and the solution has since been adopted in all of our solar plants in Chile.

Another important optimization initiative is being conducted in Panama. In 2020, at almost all of the country’s solar plants, instead of manually washing the panels, a mechanized alternative was introduced. This reduced the use of water by around 67%, as well as the time required to perform this activity.

A notable commitment has also been made on the technological innovation front. At the San Isidro combined cycle plant, in Chile, an innovative project has been launched to trial a new ZLD (Zero Liquid Discharge) treatment system with the goal of recovering the water from the evaporation towers.

“Projects like WaVE and the constant search for innovative solutions have enabled us to reduce the use of a precious resource like water,” explains Salvatore Bernabei, CEO of Enel Green Power and Head of Enel’s Global Power Generation business line. “Thanks to the joint efforts in all of the countries in which we are present, the action plans being implemented will facilitate a substantial improvement in our environmental performance.”

The results of our commitment to conserve water are tangible both locally and globally: continuous reductions in water use have been recorded in recent years. In 2017, water requirements for electric energy production amounted to 111 Mm3; in 2019 this value had been reduced to 75 Mm3, while in 2020 we managed to reduce our overall water needs to around 41 Mm3: a reduction of around 70 Mm3 compared to 2017. Credit for this achievement should be shared between the decarbonization plan and the development of this initiative.

The WaVE project also involves our Group’s thermoelectric plants, where notable progress is being made. In Russia, for example, nine initiatives have been implemented and these actions have already led to a 10% reduction in water needs compared to 2019. At the Spanish plant in Mahón, on the island of Minorca in the Balearic Islands, an area known for its scarce water resources, waste water from a nearby municipal treatment plant has been used for the plant’s NOx reduction system, which reduces nitrous oxide.

In Italy, the operation of the Santa Barbara plant is closely linked to the sound management of water used for its evaporation cooling tower: the availability of this water depends on the level of the reservoir upstream from the San Cipriano dam. By increasing the water concentration cycles in the tower, made possible by the adoption of new specifically formulated reagents and the use of an advanced control system, water requirements have been reduced by 15%, with an equal reduction in waste. The success of this procedure is being replicated at the Pietrafitta plant in Italy and the Ventanilla plant in Peru.