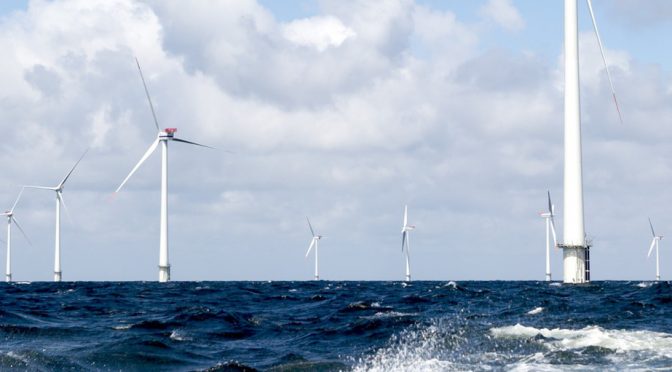 DNV, the independent energy expert and assurance provider, has issued a Statement of Feasibility to the Spanish ship design and offshore engineering company Seaplace for its CROWN Spar offshore wind floating platform concept. DNV’s Statement of Feasibility verifies new concepts and opens the door to innovative platform designs with a potential to further reduce the costs of offshore floating wind.

Floating wind power generates electricity via wind turbines mounted on floating platforms rather than fixed to the seabed. With its ability to operate in deeper waters, floating wind power has the potential to bring affordable, low-carbon electricity to much more of the world’s population. Consequently, DNV predicts in its latest floating wind report that the technology will grow from 100 MW today to over 250 GW by 2050, driven by dramatic reductions in the levelized cost of energy (LCoE).

“Seaplace’s CROWN spar platform is a novel concept with potential to reduce the cost of floating wind generation. Such innovation is essential for the future growth of floating wind, but innovation always brings uncertainty. By achieving the Statement of Feasibility, Seaplace has shown to potential partners that the CROWN spar concept is a promising candidate for further development with a realistic chance of a return on investment,” said Kim Sandgaard-Mørk, Executive Vice President for Renewables Certification at DNV.

“Independent verification by a partner with DNV’s track record in renewable energy will help us build wider confidence in our new CROWN spar platform concept,“ said Santiago de Guzmán, Director of Offshore projects at Seaplace.“ In addition, thanks to its wide-ranging technical expertise, DNV could provide us with recommendations for subsequent stages of the project that will help us further develop the concept towards particular applications.”

With its reduced draft length compared to traditional spar-type floating platforms, Seaplace’s CROWN spar concept is designed to reduce both the capital (CAPEX) and operation expenditure (OPEX) for floating wind by simplifying the manufacture and installation of platforms, with a design for manufacturing approach and a good life cycle performance. As a key early milestone in the platform’s development, DNV was contracted to verify the concept for loads analysis, structural design, stability and global motion analysis (seakeeping and station-keeping).The verification was carried out towards requirements given in the DNVGL-ST-0119 standard for floating wind turbine structures and resulted in a Statement of Feasibility, with no non-conformities found.