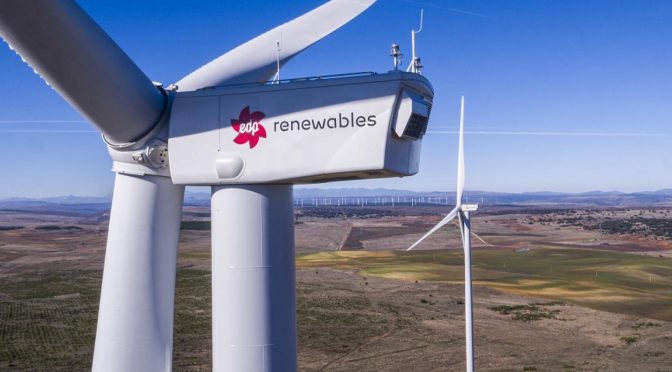 The awards achieved in both auctions will consolidate EDPR’s portfolio in Spain and Italy and will allow its participation in the boost of the green energy that is expected in these markets over the next decade.

EDPR, a world leader in the renewable energy sector and the third largest wind energy producer in the world, has been awarded a long term Contract-for-Differences (“CfDs”) at the Spanish & Italian renewable energy auctions to sell electricity.

In detail, at the Spanish auction, a portfolio of 6 projects of wind and solar, including hybrid projects, with a total capacity of 143 MW have been awarded. The projects are expected to become operational in 2022 and 2023. This new long-term contract reinforces EDPR’s footprint in Spain with 2.3 GW in operation and 366 MW already secured in the country for the following years.

At the Italian auction, a wind project of 44 MW and expected to become operational in 2022 has also been awarded. In Italy, EDPR has 271 MW already operational and 244 MW secured for the coming years.

As of today, EDPR has globally secured more than 6.1 GW for projects expected to become operational from 2021 to 2023. EDPR’s success in securing new long-term contracts reinforces its low-risk profile and growth strategy based on the development of competitive projects with long-term visibility.