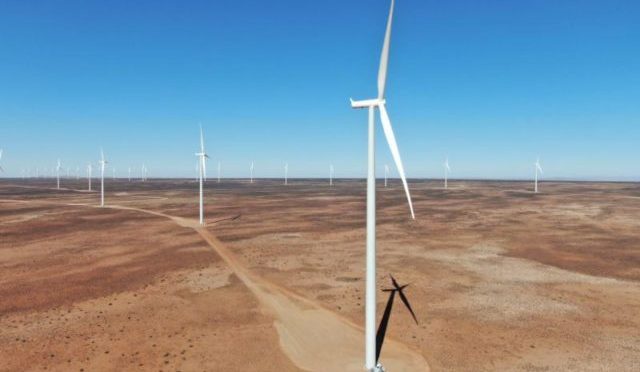 The pandemic tested the wind industry like never before in 2020. And yet somehow, we have come through this tumultuous year stronger, smarter, bigger and having learnt new skills and ways of doing things.

The year started with bushfires in California and Australia, and a near war between the Trump administration and Iran (I remember a rather nervous flight to Abu Dhabi for the IRENA General Assembly in the middle of the crisis).  In the background, the steady, ominous impact of COVID was growing that the world had expected to have a local effect, turned out to be one of the most truly global threats that humanity has ever faced.

By March, having cancelled my travel plans to the Far East, India, and everything in between, I was facing sleepless nights, as a veritable tsunami of disruption and bad news started to impact GWEC’s work.

The wind sector supply chain was being increasingly disrupted, with COVID impacts spreading from China through India and through to Germany, Spain and Denmark, and the optimistic forecasts that GWEC and other organizations had published for 2020 seemed to be lying in tatters. Some companies – in what is one of the world’s most vital and dynamic industries – were already preparing to start downsizing. All of GWEC and its partners’ industry events were being postponed, rescheduled and then postponed again or cancelled, bringing its own challenges to the organisation which I run.

At home, the age of “Peak Zoom” was upon us, the meeting schedule intensified, and children once safely packed off to school, were now here, in need of tuition, entertainment and reassurance. A perfect storm for renewable energy professionals around the world…

Throughout the year, however, the wind sector responded with Resolve, Resilience and Resourcefulness – our wind industry “three Rs”.

In April, GWEC launched an industry COVID response hub, which helped to fully understand the impact of the pandemic and help our association and company members work with governments to quickly agree best practices on operating rules and requirements.

In May, we orchestrated a statement from a coalition of leading actors in wind energy to pledge our efforts and investment to bring about economic recovery in the fastest and most effective way.

“Wind energy is at the heart of the energy transition, a necessary shift to a sustainable future for our society and its people. Before COVID-19, the global community had started to make strong progress on implementing the Paris Accord to prevent damaging and irreversible climate change. The pandemic has created a temporary reduction in carbon emissions, but experience shows that these will quickly bounce back and it is vital that we re-double efforts to fix climate change for good,” the statement read. It went on “Wind energy is competitive around the world. We are not asking for a bail-out, but we do need a level playing field. It is vital that governments focus public funding on assets and infrastructure that will facilitate and accelerate our transition to a low carbon future.”

And in the meantime, the turbines kept spinning, foundations kept going into the ground – above and below water), projects kept on reaching their final investment decisions – including new record size offshore projects around the world – and investments kept getting made in new ventures, many of these from huge corporations long dedicated to the production of oil and gas and now moving fast into wind energy.

Nine months, on, the world looks very different from those dark days back in March. The forecast for global wind installations is only 6% below GWEC’s original – very strong – prediction, and next year will be a bumper new record year for the industry with installations of over 78.1 GW.

Every week now seems to see a new government target. In September UK Prime Minister Boris Johnson predicted that the entire country’s power demand would be met by wind power. Just last week, following a two-year engagement with GWEC and the Japan Wind Power Association, the Japanese government, which had long looked like a laggard in the fight to reduce carbon emissions adopted a target of 30-45GW by 2030, one of the most ambitious national ambitions in the world.

Meanwhile, a growing list of countries, including giants such as China, have come through with Net Zero targets which will translate into higher and higher ambitions for wind energy. And in the wake of these policy commitments, we are seeing landmark investments in new wind farms, new companies entering the sector, joint ventures and mergers being signed, and new technologies being deployed.

In the face of great adversity, we are heading to the end of a successful year, and into what will be the most important and exciting period in the history of the wind industry.

In November 2021, COP26 will take place in Italy and the UK. Pushed by increasing pressure from the public – and especially young people – governments seem to have finally woken up to the scale and urgency of the action that they need to take. Armed with our three “Rs”, the wind industry will play a major role in making sure that the hopes and ambitions of the world are turned into reality, ensuring a bright and busy future for us all.

Perhaps it’s not easy to move to full blown positivity after the shock of 2020, and in the hard times that we continue to live through as we wait for COVID vaccines to be deployed. We have all suffered our own personal COVID hardships – and heartbreaks in the past 12 months. But I think we all deserve to look upon the coming months and years with optimism and hope.