The Vietnamese company Hacom Bac Lieu started this Sunday the first phase of the construction of the Hoa Binh 5 wind power plant in the Vinh Thinh commune, in the Hoa Binh district, in this southern province, with a total investment of 139 , 1 million dollars. 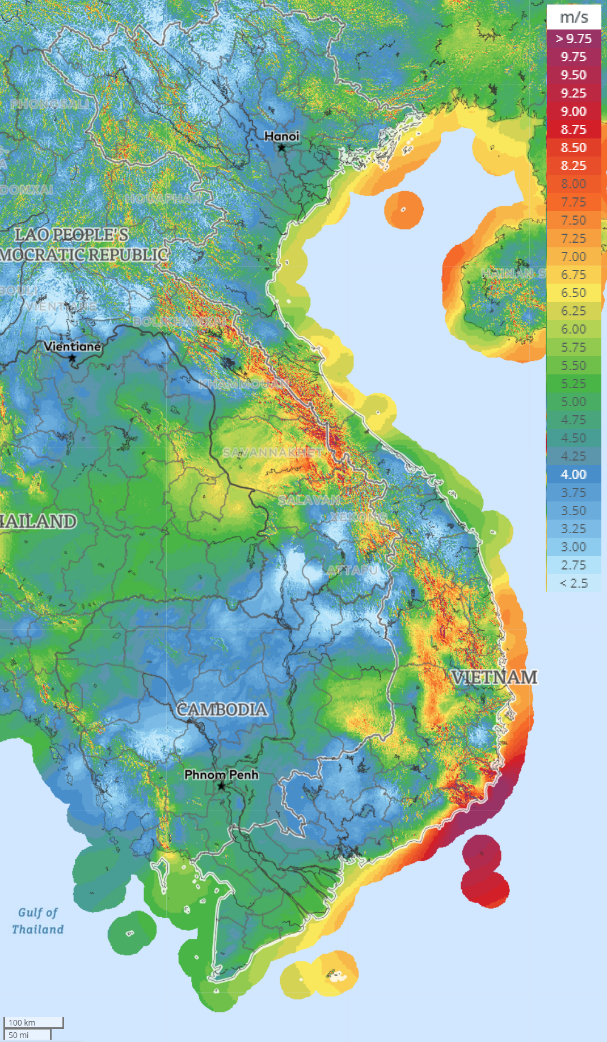 It is the largest project in the Mekong River Delta specializing in the use of clean energy to produce electricity according to a government resolution on promoting renewable energy.

According to the design, the work will have 26 wind turbines over 140 meters high and a capacity of 80 megawatts.

According to Tran Phu Chien, CEO of Hacom Bac Lieu, this project not only creates jobs for local people and increases budget income, but also contributes to the transformation of the economic structure throughout the Mekong Delta region. , in general, and Bac Lieu, in particular.

In that sense, it promised to put it into operation in October next year, in contribution to the development of the province’s smokeless industry.

Duong Thanh Trung, undersecretary of the Provincial Committee of the Communist Party of Vietnam, confirmed that the project is among the five pillars of the development of the town.

Bac Lieu registered as of 2010 the completion of a wind power project and nine other similar ones in construction, together with the LNG thermoelectric factory with an investment of four billion dollars, scheduled to be built in the second quarter of 2021, he added .