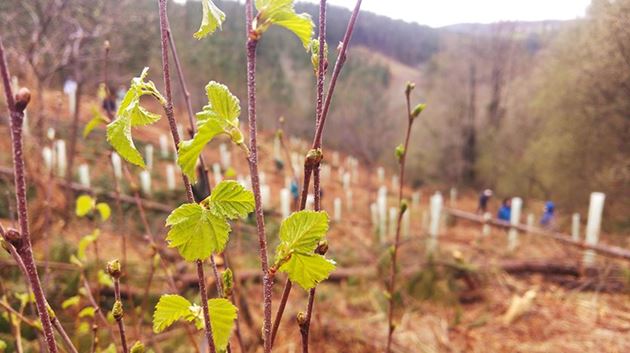 The Forests of Siemens Gamesa global initiative will plant 50,000 trees this year close to its operations working alongside several reforestation partners. Together the trees will extract over 1 million kg of CO2 out of the atmosphere.

Siemens Gamesa is taking a step forward in its mission to provide a cleaner, more sustainable future through the launch of The Forests of Siemens Gamesa, a global reforestation program which will help restore woodland areas across the countries where the company operates.

This global initiative forms part of the company’s social commitment efforts to help meet the UN’s Agenda 2030 for a better planet, and will see it plant over 50,000 trees this year working with several reforestation partners. When mature these trees together will extract over 1 million kg of CO2 out of the atmosphere.

To help the company get there, Siemens Gamesa is teaming up with several partners to oversee the planting of several small ‘forests’ close to many of its operations. The first major tree planting will be held on October 17 at a location near Madrid, with two more close to the company’s headquarters in Bilbao and Navarre in October and November respectively.

They will be followed by other tree planting initiatives in Mexico, Morocco, France and Brazil this year, and subsequently at various other countries where the company operates, including UK, Germany, Denmark and the US. In part these activities will aim to restore damaged woodland areas, and will be helped by volunteers made up of Siemens Gamesa employees.

In the past the company has led tree planting initiatives in countries such as Mexico, China, Spain and India, but the creation of The Forests of Siemens Gamesa program bundles these initiatives together, while investing even further to extend the program.

Planting trees and participating in various events supporting the planting of trees is a vital factor in the world’s efforts to reduce CO2 levels. In fact, a mature tree extracts 22 kilos of CO2 annually on average.

The initiative will also see the company work with the ‘Saving the Amazon’ organization as the world battles to help protect what are seen as the lungs of the planet in Brazil following deforestation plans and immense fires in recent years.