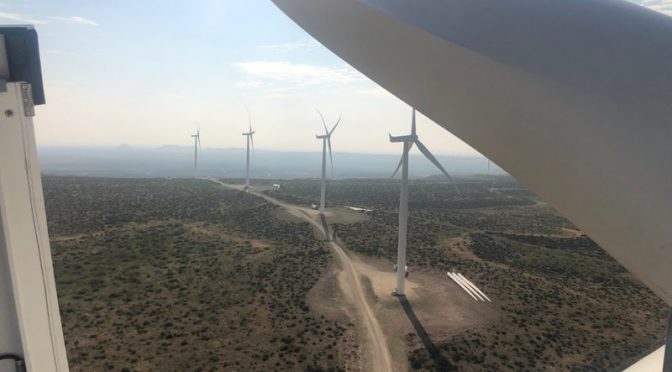 The U.S. wind industry installed over 2,500 megawatts (MW) of new wind power capacity in the second quarter of 2020, bringing total American capacity to nearly 110,000 MW, according to the newly released Wind Powers America Second Quarter Report 2020. The American Wind Energy Association’s (AWEA) report reveals that many U.S. wind developers managed to get their projects over the finish line during the three-month period, despite the significant challenges associated with COVID-19.
“American wind power is immensely proud of its 120,000 workers who have fought to bring additional clean, reliable electricity to American citizens, even in the initial stages of the global pandemic. This work is more important than ever during these challenging times. As we cap off this year’s American Wind Week, America’s largest source of renewable energy remains committed to building on its 50-state footprint of investment and job creation and to continue adding affordable, clean power to local communities across the country.” – Tom Kiernan, AWEA CEO.

Wind power development and construction activity also remained resilient in the face of the pandemic, partially thanks to additional flexibility from the U.S. Treasury and Internal Revenue Service (IRS) regarding tax credit qualification. Construction activity reached another new record in the second quarter, with 25,318 MW being built across the country. Another 18,310 MW are in advanced development. The combined 43,628 MW represents a four percent year-over-year increase from the second quarter of 2019.

Offshore wind also made significant strides in the second quarter. The country’s first wind project in federal waters – the 12 MW Coastal Virginia Offshore Wind project – completed installation of its two turbines in June. The project is now undergoing testing and will start commercial operations later this year. Elsewhere, Eversource Energy and United Illuminating signed contracts for the 804 MW Park City Wind offshore project during the second quarter. As a result of this activity, offshore wind now represents 21 percent of the wind power pipeline at 9,112 MW.

New wind projects installed in the second quarter were already nearing the end of the years-long development process and had the materials and components on hand to complete construction before the COVID-19 pandemic began to create supply chain disruptions for the broader American wind industry. New federal IRS guidance provides one additional year of safe harbor tax flexibility for near-term projects, but COVID-19 continues to present significant challenges for U.S. wind development. The American wind industry is working with Congress and other renewable energy leaders to address the impacts of the pandemic and to continue adding jobs and investments to the U.S. economy during this difficult time. U.S. wind power remains focused on protecting our workers and supporting local communities as we strive to deliver clean, safe, and affordable power to our country.