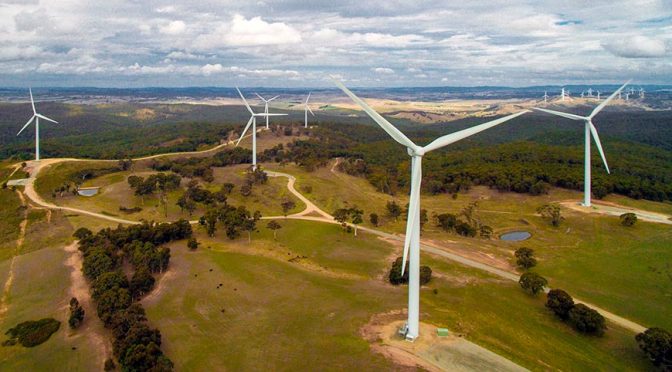 Goldwind will supply the project with two 4.5 megawatt wind turbines, that will join 4 megawatts of solar generation capacity, a 5.5MW/1.9MWh big battery and will work alongside gas generators, as part of a project being developed by Contract Power Australia.

As part of the deal, Goldwind Australia will also provide a 10-year warranty and maintenance service for the turbines. The project is being constructed by juwi Renewable Energy.

“We are very pleased to partner with Contract Power and juwi to deliver the wind farm component of the Esperance hybrid project, the second renewable energy microgrid project that Goldwind is contributing to in Western Australia,” Goldwind Australia managing director John Titchen said.

“The Esperance hybrid renewable energy project represents a great example of how to deliver competitive, low-emission electricity for our communities in Australia.”

The project will utilise a range of different low emissions energy technologies, which are expected to play complementary roles in strengthening the local grid, with the battery and gas generators able to augment the variable supply of power from the wind and solar plants.

The project has already secured a long term power purchase agreement with Horizon Power, which is expected to help cut the costs of supplying power to the regional community, as well as cutting the town’s electricity emissions by almost 50 per cent.

The hybrid project is expected to be operational by 2022 and will look to draw as much as 15 per cent of its construction workforce directly from the Esperance region.