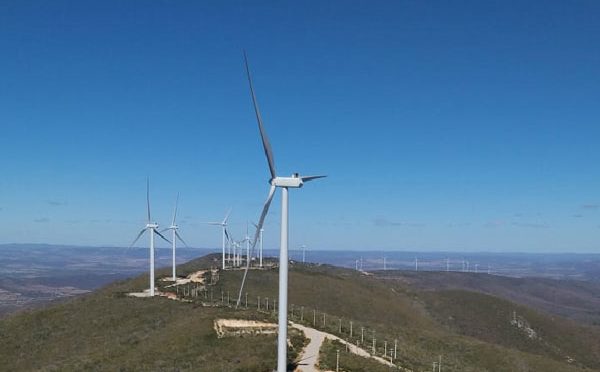 The state has six more wind farms that went live in the first half of 2020, and therefore promises to further boost the local economy.

The wind farms are located in the municipalities of Pindaí, in the southwestern region and Campo Formoso, in the northern region. According to the Bahia Infrastructure Secretariat, the State leads the production of wind power and solar energy in the country. From January to May this year, it produced 31.8% of the wind energy generated throughout Brazil.

According to the Operator of the National Electricity System, this quantity is capable of producing energy for 8.3 million homes, generating 4,750,311 MWh.

Due to the new wind turbines, the number of wind farms has also increased. There are currently 171 wind farms in operation distributed in 20 municipalities.

In the 171 wind farms there are more than 1,300 wind turbines. The team generates curiosity in the population of small towns, where they are installed. They are known as “weather vanes”. 4.1 Gigawatts (GW) is the installed capacity of these wind turbines.
Wind power production should further increase in Bahia, according to the Secretary of State for Infrastructure, Marcos Cavalcante.
The holder of the portfolio reported that two more wind farms will be opened in Campo Formoso.

The State Development Secretariat reported that Bahia has 54 wind farms that are being built and another 70 with the construction already planned.

The estimate is that together they will add 3.2 billion reais to the state’s economy through investments. Job generation should also be boosted, with 53.2 thousand jobs, both direct and indirect.

Another strong point in Bahia’s economy is solar energy. The State is a leader in production with 31 projects running at full steam.

In the last eight years, four million reais have been invested by companies in the sector. This type of energy, through 8 parks built in the 8 municipalities, produced 718,247.04 MWh.

This value is equivalent to 30.9 percent of national production. 880 thousand houses are covered with solar energy.