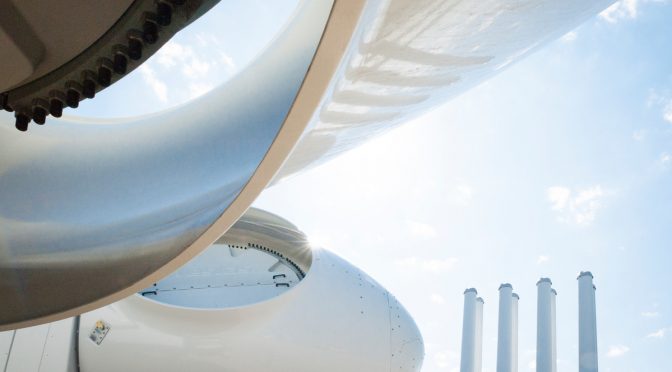 A new study published by the Lawrence Berkeley National Laboratory (Berkeley Lab) has shown that “supersized wind turbines” can possibly enhance the value of wind energy to the electricity system by around $US4-5/MWh.

The new study, published in the journal Wind Engineering, highlights how the recent upscaling of wind turbine size – which includes nameplate capacity, rotor diameter, and tower height – has been primarily focused on reducing the Levelised Cost of Electricity (LCoE) of wind energy.

However, as the authors note, “with wind’s levelized cost of energy now comparable with that of other generating resources, other design considerations besides cost-minimization have grown in importance,” such as wind’s increasing market penetration beginning to impose challenges on national electrical grids.

By supersizing wind turbines, the Berkeley Lab researchers found that the value of wind energy could be enhanced to the electricity system and provide other “hidden” benefits which illustrate the importance of expanding the focus of wind turbine design beyond direct-cost minimisation and including a broader set of factors that impact the value of wind energy to the electricity grid.

This is not the first time this particular theory has been tested. Previous research conducted by Berkeley Lab earlier this year found that larger turbines in capacity-constrained wind power markets could potentially enable further LCoE reduction of approximately $US6/MWh.

Other research, conducted by Norwegian consultancy DNV GL, identified a number of potential solutions to the logistical challenges associated with deploying ever-larger wind turbines – such as innovative transportation, segmented or hybrid blades, and on-site manufacturing.

However, the LCoE of wind energy is now comparable with that of other generating sources, meaning that other design considerations besides cost-minimisation have been allowed to grow in importance.

The study, therefore, demonstrates what the authors describe as a “possible double dividend” – namely, that larger rotors relative to nameplate capacity combined with taller towers might not only reduce the LCoE of wind energy but could also enhance the value of wind energy while providing additional hidden benefits which stem from the fact that larger wind turbines spread wind output proportionately over more hours of the year.

Berkeley Lab’s report analysed recent hourly wholesale pricing patterns and hourly wind profiles for wind plants located across the United States’ seven organised wholesale markets and found that, in regions where wind penetration has reached approximately 20%, supersized wind turbines could already boost wholesale energy and capacity value by $US2-3/MWh on average, as compared to turbines deployed in the recent past.

Across all the United States’ wholesale markets, the average value boost is $US1-2/MWh, while specific plants in some areas could see value enhancement already in the realm of around $US5/MWh.

Of course, as Berkeley Lab explains, the “degree to which these advantages are ultimately realized, and at what point turbine size plateaus, will be determined by future wholesale price patterns, the success of continued design and materials optimization, social acceptance and regulatory hurdles, and the logistical constraints of transporting and erecting even-larger blades, towers, and nacelle components.”