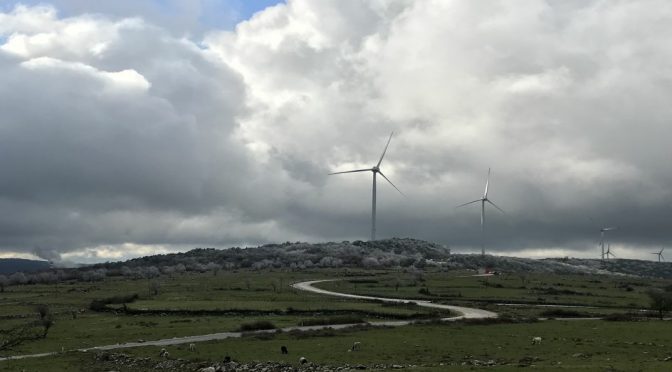 ENERCON has successfully realised the two biggest wind energy projects in Turkey. With 564.1 MW installed power, the Soma and Karaburun wind farms are some of the largest in Turkey and Europe.

Over several stages of installation, more than 564.1 MW of power were installed in the Soma and Karaburun wind farms in Turkey using only ENERCON technology. The two major Turkish projects are among the largest wind energy projects in Europe. ‘We are proud of the fact we were able to wrap up installation of both of these large-scale projects in April despite the coronavirus pandemic’, says Mustafa Sünbül, Regional Head PLM ENERCON Turkey.

A total of 181 WECs were installed in the Soma wind farm, made up of 89 E-44, 80 E-70 and, most recently, 12 E-126 EP3 WECs. The wind farm output equals 312.1 MW. Its annual energy yield has now reached approximately 873 million kilowatt-hours following the completion of the Soma IV subproject. Around 525,000 tonnes of CO2 can be saved as a result. Installation of the 12 E-126 EP3 WECs on tubular steel towers at a hub height of 116 metres started in the last quarter of 2019 in the provinces of Manisa and Bal?kesir in western Turkey. The rotor blades, towers and foundation baskets were manufactured in Turkey, while the rest of the components were supplied from Germany. Official commissioning of the final two WECs is set to take place in May.

The company Polat Enerji is the customer in the Soma IV project. ENERCON has been working with them in Turkey for many years already. Polat has installed around 600 MW of wind energy capacity across the country using only ENERCON technology.

ENERCON commissioned the first E-126 EP3 model at the Karaburun wind farm located in the western Turkish province of Izmir in May 2019. The WEC components were mainly produced in Germany and Portugal. ‘ENERCON has proven its power of innovation with the new WEC type. The customers in Turkey are very satisfied with the EP3 range of WECs’, explains Arif Günyar, Managing Director ENERCON Turkey.

With more than 1,760 MW installed wind power (as at the end of April 2020), Turkey has been identified as a core market in the turnaround. ENERCON also expects favourable market development in the future. ‘As well as the two major projects Soma and Karaburun, we also want to complete the Kocatepe (100 MW) and Ulu (120.4 MW) projects in 2020 and 2021. Both of these are also in the three-figure megawatt range’, says Arif Günyar.