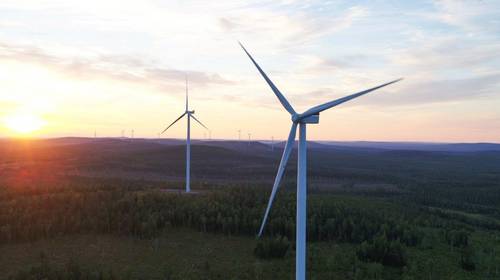 Metsalamminkangas site construction will start soon after the agreement with Lundin petroleum. The site has a projection of a production of 132 MW. Lundin petroleum has plans to coverts its assets into renewable sources.

The sources will include a combination with the 24.55 MW turbines from GE Renewable Energy, which manufactured them. The area in Metsalamminkangas has a favorable condition for the production of electricity through wind. The area has an excellent flow of air, which makes it easy to turn the turbines. According to the CEO and the president of Lundin, Alex Schneiter said, they are happy to have a partnership with OX2 to enhance the functioning of the project. At the same time, the partnering covers the hydroelectric power in Norway.

The wind farms in Metsalamminkangas will help the company to replace the significant percentages of the total electricity consumption, power on the offshore in the gas and oil production venues in Norway. The stated project will be massive in singular development that OX2, which has been supervising in Finland. OX2 Company has selected as a swelling market for the production of wind electricity, which dynamically continues with the construction of the project at the stated place.

The onshore capacity will enable more than 19,200 households to use clean, renewable energy and, on the other hand, reduce 57,600 tons of carbon dioxide. Orrberget will be the third site for OX2 in the nation of Finland. The completion of a wind farm in Sweden under the management of OX2, Fontavis proves a high level of competence and the capacity to produce deals that are attractive and implement it with other partners successful.

OX2 CEO, Paul Stormoen was pleased with how the partnership had produced and said that the farms for wind production are profitable and useful assets in the country. He added that the company commitment currently is the management of the wind farm to enhance a secure operation and to produce a high return from the investment. The investment will ensure the countries have a reliable source of electricity.