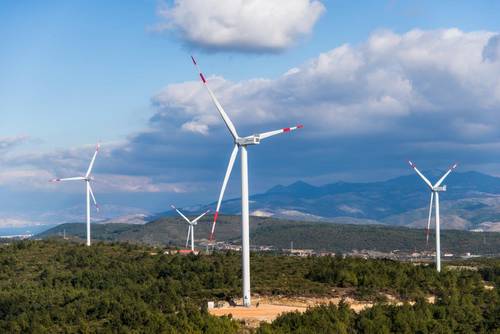 The country’s favorable geographic location provides a potential capacity for 48,000 MW wind energy, according to the Turkish Ministry of Energy and Natural Resources.

Y?ld?r?m said investors in the wind energy sector, both domestic and foreign, have two main expectations for the industry.

“First, they want to foresee the potential in Turkey. They want to reach their wind farm projected cash flow. The second thing investors want is to see their projects to be supported financially, as banks pay close attention to this,” he said.

“The biggest expectation for domestic and foreign investors in the wind sector is that they want to be able to foresee the next 10 years,” the TWEA President underlined.

Companies that manufacture components for wind turbines are also considered as investors, according to Y?ld?r?m, who said manufacturers also want to foresee the next decade in the wind industry.

He underlined that banks do not have any concerns today to invest in renewable energy in Turkey. “Today, banks and investment firms love renewable energy, because it’s a field that affects the global economy and will shape the next 15 years.”

He stressed that the capabilities needed for designing, manufacturing and building wind turbines are different from selling them. Y?ld?r?m noted that design to mass production costs around 200 million euros ($222.43 million).