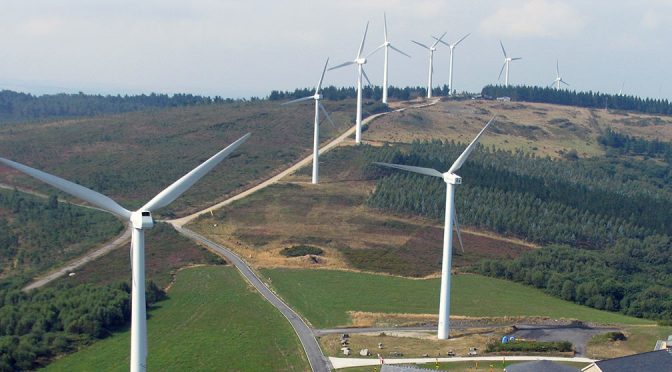 In Spain, Enel Green Power has started constructing Cuenca, a 51 MW wind farm able to generate up to 144 GWh per year.

In the autonomous community of Castiglia-La Mancia, in the Municipality of Motilla del Palancar, province of Cuenca, Spain, Enel Green Power has started building a 51 MW wind farm.

Cuenca, with a building investment of 55 million euros, is expected to be fully operational by the end of 2019.

“In Spain, Endesa is helping to spearhead the energy transition through significant investments aimed at expanding our country’s renewable capacity. By the end of the year, 879 MW of renewable energy will be operational, stemming from 2017 bids. This is further proof of our commitment to achieving Spain’s green goals.”

The new facility adds to the 519 MW of wind energy that we’re building in Aragon, Castile-León, Andalusia and Galicia. Four hundred forty-five MW of those will be part of the 540 MW wind capacity assigned to EGP during the renewable energy tenders organized by the government in May 2017.

Building new sustainable plants will require an overall investment of over 800 million euros within 2020 and will increase Enel Green Power’s current capacity in Spain by 52.4%.

Realizing this renewable capacity is in line with Endesa’s strategy to decarbonize its own mixed generation. Reaching 8.4 GW of installed renewable capacity by 2021 would be a milestone, as compared to the current 6.5 GW, with an overall investment of around 2 billion euros.

Once the Cuenca wind farm is operative, its 17 wind turbines, 3 MW each, will be able to generate more than 144 GWh per year and will reduce CO2 emissions into the atmosphere by more than 95,000 tons.

The methods of construction used for the new wind farm are in line with Enel Green Power’s “Sustainable Construction Site” model, which calls for solar panels to be installed at every building site to supply part of the energy. Measures to save water will be adopted too, such as installing water tanks and rainwater collection systems. When construction is finished, the solar panels and water-saving equipment will be donated to the community in which the wind farm is located.

EGP will also adopt a variety of innovative tools and methods to build the plant, including machines with safety systems to alert operators, thereby preventing collisions, drones to gather topographical data, intelligent tracking of wind turbine components, as well as advanced digital platforms and software solutions to monitor and provide off-site support to the construction site and during the plant launch. These tools and processes provide faster, more precise and reliable data collection, thus improving quality and facilitating communication between teams on and off the construction site.