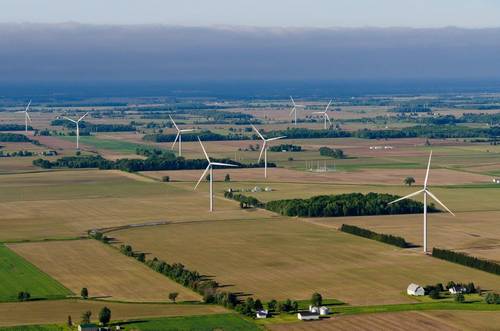 A wind farm with up to 68 wind turbines in Steuben County has been approved by New York’s Electric Generation Siting Board.

The 242-megawatt Baron Winds project will be built in the towns of Cohocton, Dansville, Fremont and Wayland. It will connect with the state’s electrical grid through New York State Electric and Gas transmission lines.

The wind power project will be built and operated by a subsidiary of the German energy company Innogy. The 492-foot-tall wind turbines will be spread over private agricultural and recreational land.