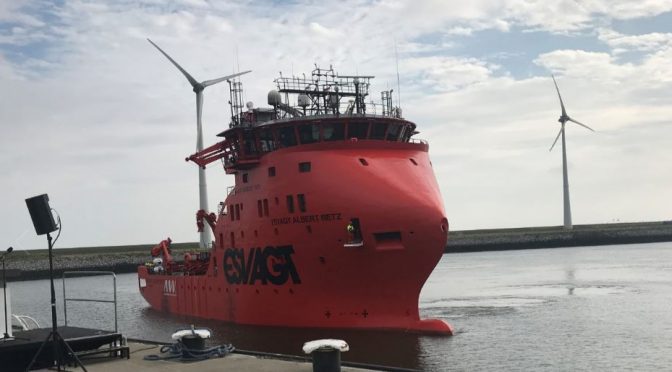 “With ‘ESVAGT Albert Betz’, MHI Vestas and ESVAGT have raised the bar once again in the efficient operation of an offshore wind farm,” said MHI Vestas Chief Operations Officer, Flemming Ougaard. “Building on our shared experience, we’ve developed a state-of-the-art ship that will facilitate safe and effective service operations for the next 15 years at Deutsche Bucht.”

The latest SOV from ESVAGT will be in service to the project’s 33 V164-8.4 MW turbines beginning in September, having been designed specifically for the task at hand.

“In the design of the ship, we have utilized both ESVAGT’s extensive knowledge of SOV and experience from the work in offshore wind farms,” said ESVAGT Project Director, Gerner Eskelund. “We have optimized the design so that the ship is adapted and tailored specifically to the tasks that await.”