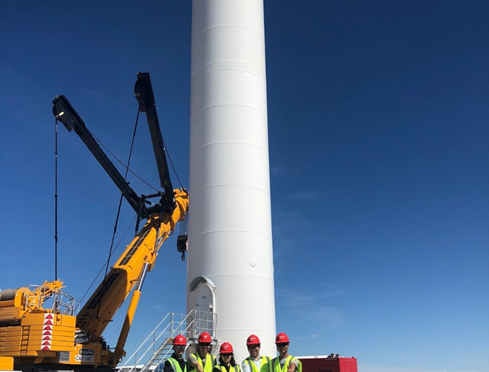 For the second consecutive year, “Argentina Wind Power 2019” will be held, the largest event in the country related to wind power, organized by La Nación, Global Wind Energy Council (Gwec) and the Argentine Wind Chamber. The exhibition and congress will be held on September 4 and 5, at the Argentine Catholic University, from 9 to 18.

The meeting will bring together promoters of wind farm, wind turbines manufacturers, large consumers, suppliers, investors, government authorities and other institutions to discuss the development of the enormous and rapid growth of the wind industry in Argentina, one of the largest sources of investments in this country during In recent years, in addition to having been the largest growing energy source in these times.

Ben Backwell, CEO of GWEC, together with Ramón Fiestas, president of GWEC Latin America, criticisms of this new initiative that they have with the newspaper and CEA as partners. “Argentina has one of the best wind resources in the world and it will be great to see how this growth has produced in recent years. We received very good acceptance last year and we are sure that this year we will exceed all expectations ”, added.

In meeting, it will aim to promote greater growth in an industry that is becoming stronger in Argentina.

The local business sector, shown by the CEA, also received the new meeting greatly. “It is a pride to join the organization of an exhibition of these characteristics,” said René Vaca Guzmán, the company’s new president, who replaced Alfredo Bernardi in office.

Argentina Wind Power will have the presence of the most important companies in the country. Among those who confirmed their participation are YPF Luz, Nordex Acciona, Vestas, Genneia, Enercon, Siemens Gamesa, PAE, DNV – GL, Hine Group, Megajoule, Bice, Wind End and Energías del Plata.