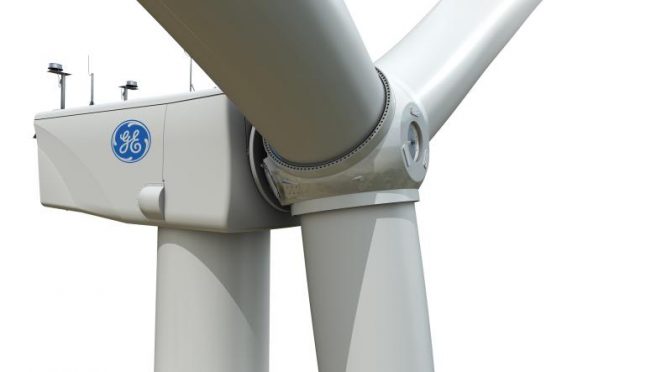 GE Renewable Energy has been selected to supply 49 of its 3 MW platform onshore wind turbines for five wind farms in Turkey. With a total capacity of 158 MW, wind energy the project will provide renewable energy to the region, powering the equivalent of 183,000 homes.

The 147 blades will be manufactured at GE’s LM Wind Power factory in Bergama, Izmir, Turkey. GE Renewable Energy announces today that it has been selected by Türkeler and RT Enerji to supply equipment for the five Kirazli, Meryem, Sile, Pamukova and Mahmut Sevket onshore wind farms. Forty-nine of GE’s 3 MW onshore wind turbines will be installed in Izmir, Bilecik, Sakarya and Istanbul Turkey. With a total capacity of 158 MW, wind power the project will provide renewable energy to the region, powering the equivalent of 183,000 homes. The scope also includes a 10-year servicing agreement..

RT Enerji and Türkerler said: “GE, RT Enerji and Türkerler have built a strong relationship, and we are very happy to be working together again. We have been heavily engaged in helping Turkey work toward its sustainable energy targets, and this wind farms are yet another step in the right direction. Turkey is ranked among the richest countries in the world in terms of the renewable energy resources — also called the clean energy. As GE, RT Enerji and Türkerler, we invest in clean energy, meaning nature. We are pleased and proud of this investment in order to meet the energy needs of future generations and to minimize the damage to the environment”.

As a part of the agreement, LM Wind Power will produce the 147 blades for the wind turbines at the Bergama site, Izmir, Turkey, where GE has more than 450 employees. The site, which began operations in July 2017, became the fifteenth LM Wind Power factory and the first opened after the company became a GE Renewable Energy business. The site aims to help meet the requirements of the rapidly-growing Turkish wind industry. Towers and generators will also be produced in the country.

Manar al-Moneef, GE Renewable Energy’s Onshore Wind regional leader for MENAT, says: “GE has been one of the early investors in Turkey and continue commitment to create jobs and contribute to the development of high technology in the energy industry. We are delighted to be partnering with Türkerler and RT Enerji again and working on this exciting project. GE’s high-tech 3 MW platform turbines are well suited to Turkey’s wind speeds and landscape. And, with a more than 1.200 MW installed base in the country, GE is proud to be bringing additional renewable, sustainable energy to the region. We look forward to additional opportunities to work with Türkerler and RT Enerji in the future.”