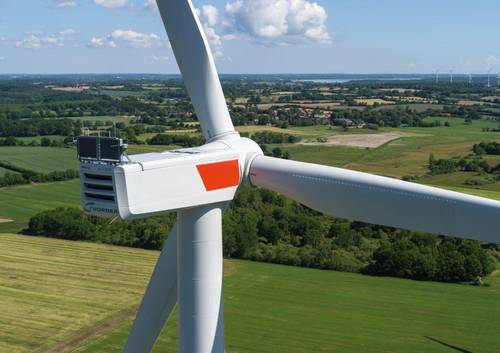 innogy SE – a strategic partner of the Nordex Group – is commencing construction works for the onshore wind farm Zukowice in Poland this week. Zukowice is a 33MW wind power project in Lower Silesia for which the contract was awarded in the first Polish onshore wind auction in November 2018. Now the Zukowice project became firm order intake. 11 wind turbines manufactured by the Nordex Group will be installed – ten N131/3000 and one N117/3000. The Nordex Group and innogy work together as strategic partners on new onshore projects in Europe and the United States in order to grow optimally in a highly competitive environment in future. The Zukowice wind farm is expected to be commissioned in 2020.

Hans Bünting, Chief Operating Officer of Renewables at innogy SE: “After four years, we can finally build new wind turbines again in Poland. The auction last November, which was extremely successful for us, was an important step towards reinvigorating the Polish wind market with its multitude of excellent wind farm locations. We are now pleased to be fulfilling the obligation to build the wind farm following the success of the auction. That this is possible after such a short period of time is one successful outcome of our new strategic cooperation with the Nordex Group.”

“We are delighted with the further project from our strategic partnership with Innogy. Our customized wind turbine supply and service package enabled innogy to win at the highly competitive 2018 auction in Poland,” said Chief Sales Officer Patxi Landa.

Wind energy is the most extensively developed and advanced renewable technology also in Poland. Poland plans to generate at least 15 percent of its electricity from renewables by 2020. Currently there are wind turbines installed with a total capacity of around six gigawatts in Poland.

We plan, build and operate plants to generate power and extract energy from renewable sources. Part of our portfolio are wind and hydro power plants as well as solar and biomass plants. Currently, we are particularly strongly represented in our home market, Germany, followed by the United Kingdom, Spain, the Netherlands, Poland and Italy. Our aim is to expand renewables worldwide, both on our own and working with partners. We believe that working together in this way is the key to making the energy transition a success. innogy is one of the major operators of offshore and onshore wind energy in Europe. In addition to wind power, we also want to grow utility-scale solar power plant. In addition to our core markets, we are already active in new markets such as the USA, Australia and Canada.

Poland is an important core market for innogy. The company operates eight onshore wind farms with a total installed output of more than 240 MW in Poland. The wind farms are located in four regions: Nowy Staw is close to the city of Gdansk, Opalenica in the region of Poznan, Krzecin and Tychowo in Western Pomerania. Wind farms Suwalki, Piecki and Taciewo are located in close proximity of one another in Podlachia in north-eastern Poland.

The Group has installed more than 25 GW of wind energy capacity in over 40 markets and in 2018 generated revenues of around EUR 2.5 billion. The company currently has more than 5,500 employees. The joint manufacturing capacity includes factories in Germany, Spain, Brazil, the United States, India and in the near future Argentina and Mexico. The product portfolio is focused on onshore turbines in the 2.4 to 5.X MW class, which are tailor-made for the market requirements in countries with limited space and regions with limited grid capacity.